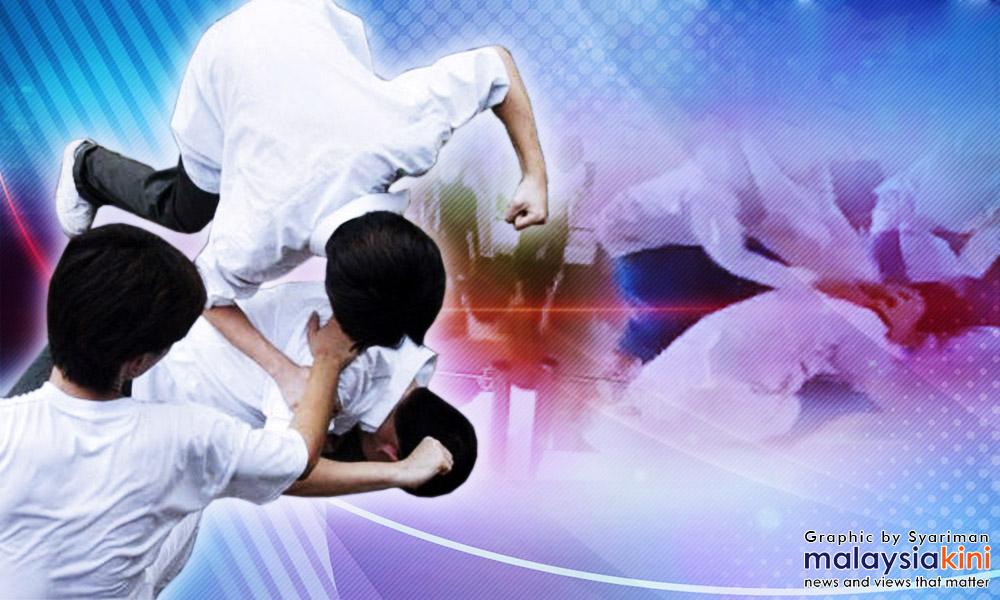 COMMENT | Imagine you are a parent. You pour love and care onto your children from the very moment they are born, hoping they would be the best of themselves as they grow up and do good for the family and society.

Then one day, all the love and care and hope come crashing down into a million pieces, when the child you cooed over and cuddled in your arms, gets beaten senselessly and is violated and defiled in an unimaginable manner by a group of bullies, for no good reason.

Nhaveen and his friend T Previin, 19, were assaulted by five youths with crash helmets when they went to get burgers near their house in Penang, in the late evening hours last Saturday.

The beating was resultant of a long period of bullying of Nhaveen by the suspects. Previin, who stepped in to help his best friend was assaulted but he managed to escape while Nhaveen was taken to another place, then sodomised and traumatised further.

He had been brain dead since being admitted to the hospital after the attack.

As for naval cadet Zulfarhan, he was assaulted by a large group of students, who accused him of laptop theft, at the Malaysian National Defence University (UPNM) hostel in Kuala Lumpur, on May 22. He succumbed to his injuries on June 1.

So far, five suspects, aged between 16 and 18, are in police custody over Nhaveen's death, while six university students have been charged with murder and abetment over Zulfarhan's case.

Just after Nhaveen's case surfaced, another incident was reported in Malacca where a 19-year-old inmate of a rehabilitation boarding school was sodomised by three of his seniors.

Now, where did we go wrong?

Are we raising a generation of rowdies? Whose responsibility is it to ensure such incidents do not recur? There is no use pointing fingers and placing blames when a case like Nhaveen's, or Zulfarhan's, happens.

Sharing stories on Facebook, accompanied by sympathetic or angry messages or "Rest in Peace", or signing petitions calling for strict action against the perpetrators are probably what most of us can and will do when such cases happen.

Neither is sharing the pictures and personal details of the perpetrators on the social media before they are tried in the court of law, going to help.

These are more of knee-jerk reactions. The fact is, a case like Nhaveen's or Zulfarhan's will not be the last until concrete steps are taken to prevent recurrence.

One major "illness" afflicting Malaysians is apathy. This is evident in Nhaveen's case.

The New Straits Times quoted a stall operator at the place where the teen was assaulted, saying that he witnessed the commotion between the deceased and his friend, and the bullies and that it "looked serious".

However, the man chose not to intervene as both parties were speaking in Tamil and he did not give it much thought until he read about the incident in the paper later.

Had the man intervened and stopped the commotion, or at least called the authorities about what he witnessed, Nhaveen would probably be still alive today.

Such incidents also brings into question, the parenting skills (or rather, the lack of it) of the parents of the perpetrators.

Parents should be able to stop their children if they are found to have bullying tendencies. Reprimand them, punish them, or turn them to the authorities if they refuse to listen - whatever it takes that would help spare them, and others, a life of misery.

The same goes to parents of children who get bullied. Some parents do not pay serious attention to complaints from their children until it is too late. Often, there is hardly any happy ending for a bullied child. They can either meet an end like Nhaveen, or commit suicide as a form of escapism, or survive the bullying, only to grow into an adult with a disturbed psyche.

Sometimes, you don't have to be a parent to prevent another Nhaveen, or Zulfarhan. If you see any child or youth being bullied, be a nosy parker and intervene. If you fear being harmed in the process, call the authorities, as doing so could possibly save a life.

The onus does not only fall on the parents or youths. Every level of society plays a part, whether you are a neighbour, a teacher, a relative or even a stranger.

As for the authorities, they must ensure that the perpetrators of such cruel cases of murder do not get away scot-free, or with a slap on the wrist, due to the age or other factors. As we can see from the Malacca case, being in rehab boarding school is not doing rogue youths any good.

Nhaveen's tragic death has garnered much attention, to the extent that even the Prime Minister Najib Abdul Razak has pledged that justice will be served against the suspects.

Let's hope that the perpetrators responsible for the untimely demise of both Nhaveen and Zulfarhan get what is due to them.

V SHUMAN is a member of the Malaysiakini team. He strongly feels about the deaths of T Nhaveen and Zulfarhan and is compelled to protest the carnage.

The views expressed here are those of the author and do not necessarily represent the views of Malaysiakini.