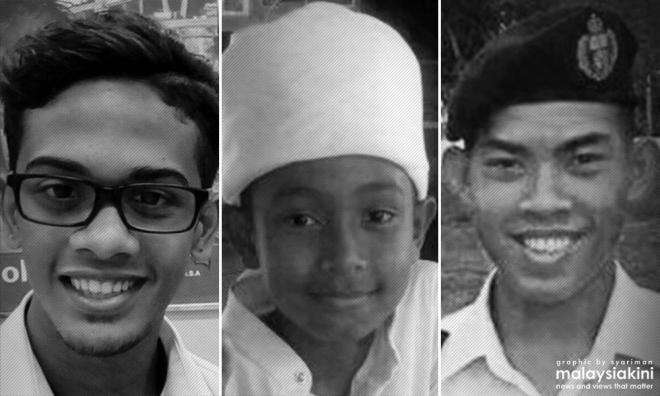 Our youth are becoming bullies by emulating us

In just the last two months, we have seen several gruesome incidents that involved Malaysian youths committing unspeakable acts of violence against each other. It makes one wonder what is going to happen to the future of our society.

The first incident is the case of 11-year-old Mohamad Thaqif Amin Mohd Gaddafi, a student who was beaten and abused at his religious boarding school, and died from his injuries. But not before he had both his legs amputated, was put into an induced coma and almost had to have his arm amputated as well.

It is alleged that Thaqif was beaten with a rubber hose repeatedly. His beatings caused him to get a serious bacterial infection. As for now, his death has been classified as murder and an assistant warden at the school has been detained for investigations.

The second incident is of National Defence University student and navy cadet officer Zulfarhan Osman Zulkarnain who was bullied and tortured till he died of his injuries. He was bound, beaten and burnt with a steam iron. Some friends brought him to a clinic, but it was too late.

The third incident, which is the most recent, involved 18-year-old T Nhaveen from Penang. He was going to a burger stall with his friend when a group of school students allegedly attacked him with helmets and beat him up.

He is now dead after being in a coma. Doctors have also confirmed that he was sodomised, and that his genitals were twisted. Apparently, the group of boys were his former schoolmates, and they were teasing him for being so effeminate. Nhaveen was supposed to have started college the following week.

It is worrying to see such violent incidents like these happening so frequently. Is it a reflection of a breakdown in society, in which violence, bullying and gangsterism are the norm and seen as the way to solve problems? What has happened to the conscience of our youth?..