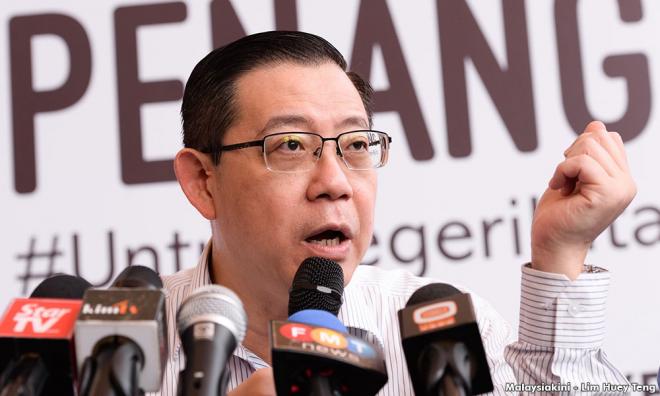 An independent commission chaired by an international repertoire should be formed immediately to investigate the latest revelations involving the 1MDB scandal by the United States Department of Justice (DOJ), said Penang Chief Minister Lim Guan Eng.

Describing the revelations as “fascinating”, he said the government must respond “with facts” to the DOJ’s latest round of civil forfeiture suits seeking to seize US$540 million in assets purchased with funds allegedly misappropriated from the state fund, a brainchild of Prime Minister Najib Abdul Razak.

“The DOJ has filed the suits, saying it has evidence. I find the revelations fascinating, especially those related to diamonds for the MO1’s (Malaysian Official 1) wife,” Lim said at a press conference in Penang today.