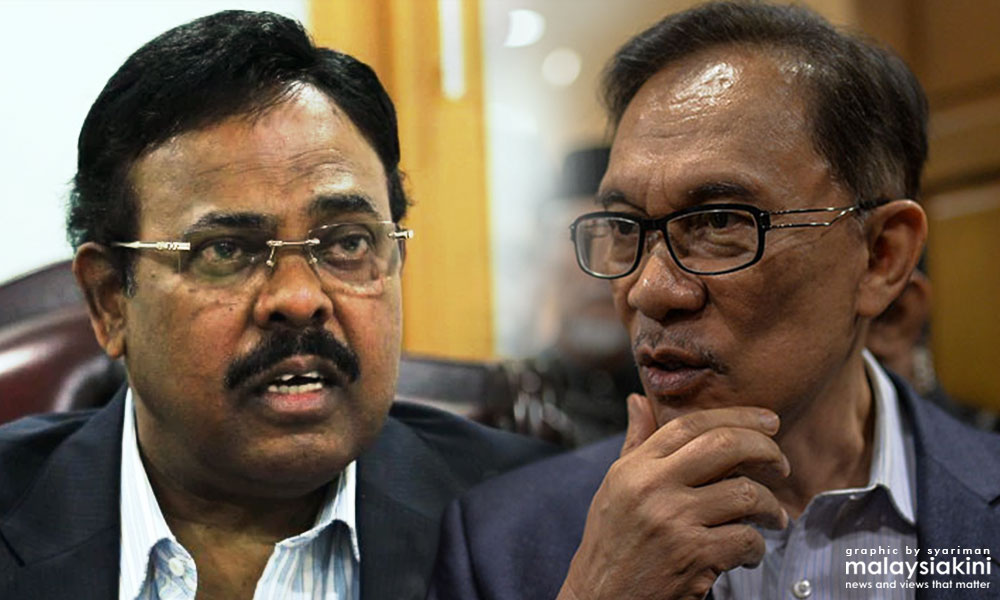 Return to Umno to 'unite the Malays', Nalla urges Anwar

Senator S Nallakaruppan, a former ally of Anwar Ibrahim, has urged the jailed former opposition leader to return to Umno, in order to unite the Malays.

Tamil daily Makkal Osai (People's Voice) quoted the Malaysian Indian United Party (MIUP) president as saying that Anwar should put past experiences behind him and consider following his suggestion for the sake of the Malay race's unity.

"You were removed from Umno when former prime minister Dr Mahathir Mohamad was in charge. Now Mahathir is no longer in Umno.

"Hence, this is the right time for you to return to the party. Although you are 'tied' to other parties right now, there is no harm in working together with Umno and Barisan Nasional," Nallakaruppan was quoted saying.

"This is my request to you as a long time friend. I'm not saying this because the general elections are near. I don't want the Malays to be fragmented, that is why I'm putting forward this suggestion," he added, noting that Anwar would not have trouble reassimilating into the party, given his history.

He further said that both Anwar and Umno should consider his suggestion and that he is willing to be the mediator to make the plan happen.

"What benefit do you gain by working with someone who had caused you 'pain' in the past (Mahathir)?" he asked.

Nallakaruppan is a former friend and tennis partner of Anwar and the duo had a fallout when Anwar once told the former not to compete for the PKR vice-president's post.