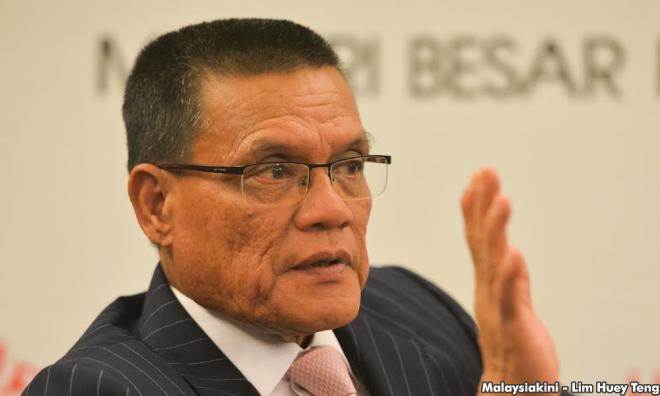 The temporary moratorium on bauxite mining in Pahang that was to have been lifted at the end of this month will remain in force until the next general election, said Menteri Besar Adnan Yaakob.

He said the move to extend the period of the prohibition was not “a political game” and expressed the hope that the people would consider the matter in a wider perception.

Adnan said the decision to extend the moratorium was agreed to by the state and federal governments because the Pahang government no longer had the absolute right in the matter of bauxite mining, following the extensive environmental pollution caused by the mining activities.

"I am in favour of federal government's assistance to resolve this problem, but it does not mean that I am washing my hands off this.

“We agreed to the extension of the moratorium but the state government will leave it to the federal government to make the final decision,” he said.

National Resources and Environment Minister Wan Junaidi Tuanku Jaafar announced on March 27 that the moratorium had been extended to June 30 to enable entrepreneurs to clear the bauxite stockpile and mitigate pollution in the supply chain, from the mines to shippers.

The moratorium was imposed on Jan 15 last year following extensive environmental pollution caused by the mining and road transportation of the mineral.

Asked about allegations by certain quarters that bauxite was being mined illegally despite the moratorium, Adnan said this matter could not be ruled out, but the authorities would check on this.

He also said that the presence of lorries transporting bauxite, as alleged by people in some localities, could be due to entrepreneurs being given special permits to clear their stockpile of the mineral mined, before the prohibition.