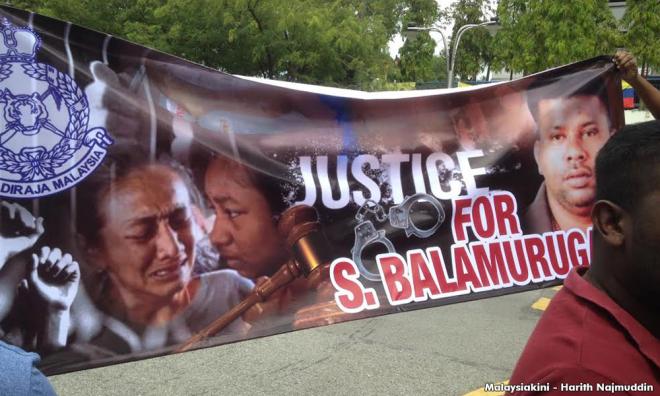 COMMENT | I want the best Royal Malaysian Police (PDRM) there can be. I believe the Inspector-General of Police (IGP) and the PDRM as a whole share this goal.

I also believe that there has actually already been a lot done to get them there. A lot of the theory is correct - good policies are in place, and very logical standard operating procedures have been instituted, all based on sound principles.

It may surprise some to know that these principles and procedures theoretically provide a range of effective protections for citizens - or at least they would, if they were followed to the letter.

Not unusually, the problem is in the execution and implementation.

Let’s start by taking it on faith that PDRM’s leadership do sincerely want the police to follow the procedures that they have set.

In that context, the following three-part article series, the first of which is published today, will do a thorough and chronological examination of what happened to S Balamurugan, who died from “multiple blunt force trauma” injuries in police custody on Feb 8, with a specific focus on whether the policemen involved adhered to standard operating procedures created by the police themselves, as well as the government institutions which oversee the police.

If the answer is in the negative, then the police higher-ups need to discipline the rank and file involved, and re-instill proper respect for the chain of command.

Thus, instead of engaging in criticism that is based on what outsiders such as ourselves (activists, advocates and so on) feel the police should be doing, these articles attempt to approach the problem from the perspective of internal police discipline.

In doing so, it also hopes to be useful to those who find themselves or their loved ones in police custody. It is always best to be armed with the proper knowledge of what is legal and illegal with regards to police detention...