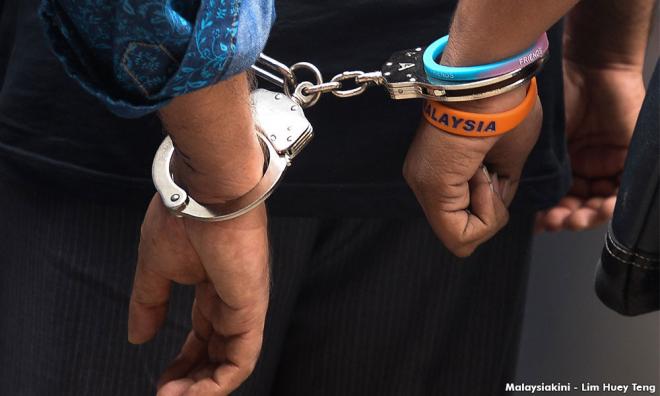 The immigration department has begun a large-scale operation to flush out undocumented migrants after the deadline to apply for the temporary Enforcement Card (E-Card) expired at midnight last night.

An operation led by its director-general Mustafar Ali raided two workers' dormitories at Batu 7 Kapar, Klang with a team of 86 officers from the Selangor and Putrajaya Immigration Department.

In the raid, 239 foreign workers were screened and it was found 51 of them, including 12 women, had no valid travel documents and had overstayed.

Mustafar said the detained migrants gave various reasons for not having applied for the E-Card, among them not knowing the deadline for the application and that the employer had informed them that the E-Card application period would be extended.

"Here I want to stress that the expiry date for the E-Card application will not be extended, we have given ample time to foreign workers and employers to register, and we have also requested cooperation from the respective embassies of the illegal immigrants to make announcements about the E-Card," he told reporters after completing the two-hour operation.

Mustafar said there would be no compromising with employers and migrants who were found to have no documents and that operations to hunt them down would be carried out on a daily basis.

The E-Card will act as a temporary validation to allow foreign workers who do not have valid documents to work here.

The card, however, will expire on Feb 15 next year and before that time the cardholder must obtain a valid travel document from the embassies of their respective countries for the purpose of obtaining a work permit or face deportation.

Only 23 percent or the 161,056 foreign immigrants had registered until 10pm last night, two hours before the end of the registration deadline at midnight.

In Johor Baru, the immigration department checked 680 foreign workers before detaining 315 of them including 20 women in operations conducted at three plastic factory premises in Taman Gembira, Tampoi industrial estate.

Johor immigration director Rohaizi Bahari said all of them, comprising 175 Bangladeshis, Nepalese (90), Myanmar (26) and Indians (24), aged between 20 and 40, were detained in "Ops Mega" from 9am to noon in a raid involving 70 immigration officers and personnel.

He said since Feb 15 until yesterday, 11,041 foreign workers in the state had been registered for the E-Cards by 2,645 employers.

In Alor Setar, 20 illegal immigrants, comprising 14 Indonesians, five Bangladeshis and a Myanmar national, were arrested in a raid at a supermarket construction site in Ampang Jajar.

Kedah immigration department director Zuhair Jamaludin said in the raid, a 35-year-old employer was arrested under Section 56(1)(d) of the Immigration Act for employing an illegal immigrant.

Zuhair said until the E-Card application deadline ended at midnight last night, only 4,949 E-Cards had been issued in the state compared to the 10,000 cards targeted.

In Kota Baru, 147 foreign male workers were arrested in a raid at an affordable housing project area here. They comprised 132 Bangladeshis, 10 Pakistanis and five Indonesians, aged between 25 and 50.

Kelantan immigration department director, Wan Mohamed Saupee Wan Yusoff said the raid which started at 11am was conducted by 31 officers and personnel of the department.

He said 1,091 undocumented migrants in the state applied for the E-Card through 229 employers.

In Malacca, 204 foreign workers were screened before 23 migrants, including a woman, were detained in a special E-Card operation at a construction site around Batu Berendam, Tanjung Minyak and Bukit Rambai.