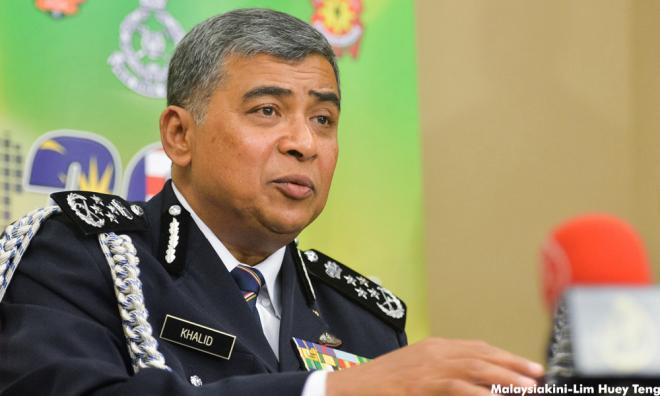 Police are tracking down several more secret society gang members believed to be involved in criminal activities, through the special Op Cantas.

Inspector-general of police Khalid Abu Bakar said the operation was not targeted at those from any particular race but all who were involved in gangsterism activities that were against the law.

“The operation (Op Cantas Khas) is still on and several more gang members will be nabbed,” he told reporters after the presentation of awards to the Op Selamat 2017 best police contingent and district police in conjunction with the Aidilfitri celebration in Kuala Lumpur today.

Khalid said to ensure a smooth operation, police would not disclose the actual number of secret society gang members arrested and those still at large, which were several and police were looking for them.

Yesterday, a Bukit Aman Special Task Force for Anti-Vice, Gambling and Gangsterism (STAGG) team arrested a man, in his 40s, believed to be the leader of the double seven (77) secret society gang in Seremban, Negeri Sembilan.