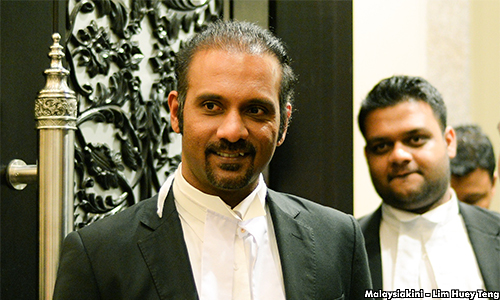 Ramkarpal, who is a lawyer, said the appointments were tantamount to an extension for the duo which is not provided for under the federal constitution.

"Apart from being unprecedented, the said extensions are certainly unnecessary and a step in the wrong direction in the development of the judiciary.

"In the circumstances, I strongly urge Md Raus and Zulkefli to decline the said extensions as there is a very strong likelihood that same will be challenged in court which will, undoubtedly, be very embarrassing to the judiciary as never have the top two posts of the same ever been challenged.

"Any doubt as to the validity of the top two posts of the judiciary will severely damage its image and erode the public confidence of same which must be avoided at all costs," he said in a statement today.

Both Md Raus and Zulkefli face mandatory retirement later this year, at age 66 and six months.

However, Article 122(1A) of the Federal Constitution allows for the appointment of an additional judge to the Federal Court which is not constrained by the age limit...