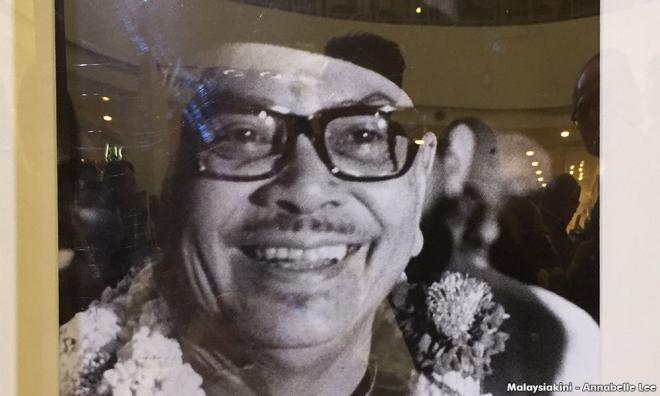 Utusan revives ghost of Dr M's spat with the Tunku

As the battle between Prime Minister Najib Abdul Razak and Dr Mahathir Mohamad rages on, Umno-owned daily Utusan Malaysia has revived an old interview of the latter's spat with the country's first premier Tunku Abdul Rahman.

The Malay daily had on its website a link to a YouTube video of an interview which was believed to have been recorded in 1988, in which the Tunku recounts Mahathir's open letter against him.

In the 1969 letter, Mahathir had blamed Abdul Rahman for that year's May 13 racial riots, a move that analysts said effectively killed the latter's political career and forced him to resign.

"It was clear that the goal was to make everyone hate me, to get rid of me and change the Malayan administration.

"He (Mahathir) said I was pro-Chinese, I did things for the Chinese, all sorts of things he said. His treachery was evident," the Tunku had said in the interview.

He added that his only course of action was to sack Mahathir from Umno.

"But if it was him (being the subject of the letter) he would have surely acted as he does now (in 1988) and put everyone in jail," he said, in reference to the crackdown now known as Ops Lalang.

Utusan, in its article, said Mahathir's actions had destroyed all of Tunku's hard work for the Malays and country.

The spat between Tunku and Mahathir played a pivotal role in Malaysian politics.

Mahathir's attacks against the father of Malaysian independence led to his resignation in 1970, and the ascension of Abdul Razak Hussein.

It was Abdul Razak who coaxed Mahathir back into Umno and later brought him into the cabinet as Education Minister in 1974.

Mahathir said his gratitude towards Abdul Razak, was why he backed the latter's son Najib to become prime minister.

Mahathir is now one of Najib's most vocal critics and has even quit Umno to form his own movement - Parti Pribumi Bersatu Malaysia (Bersatu) - in an effort to oust the premier from office.

This itself appears to be a repeat of Mahathir's history with the Tunku.

Abdul Rahman had been a vocal critic of the Mahathir administration.

When Umno was dissolved 1987, the Tunku, together with the country's third premier Hussein Onn joined Semangat 46 instead of Mahathir's Umno Baru.

Neither Abdul Rahman nor Hussein rejoined Umno. Both of them passed away in 1990, six years before Semangat 46 dissolved, with its members rejoining Umno.