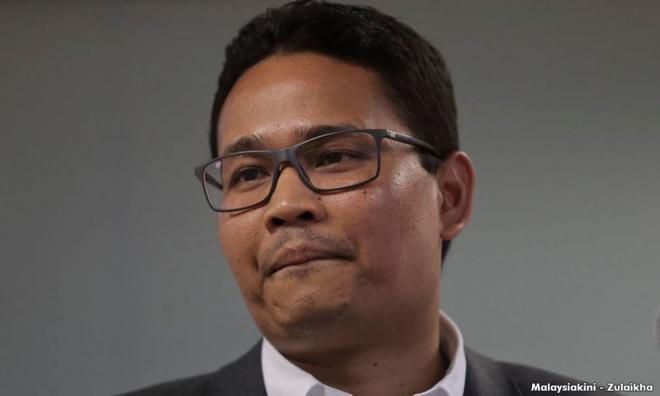 'Mahathir not worthy of being called a statesman'

Umno Youth vice-chief Khairul Azwan Harun said the approach was not only shameful, but it should not have been done by a former prime minister who is known as one of the leading statesmen in Malaysia.

"What Mahathir is currently doing is humiliate the prime minister who was legitimately and democratically elected by the people in the 13th general election.

"Mahathir's humiliation efforts against (Datuk Seri) Najib proves that he is not worthy of being called a statesman as he was previously known," he told reporters at the 2017 Aidilfitri open house at the Perak Tengah district council yesterday.

On Saturday, in his speech at the Umno Bagan Datuk division delegates meeting, Deputy Prime Minister Ahmad Zahid Hamidi warned he would expose Mahathir’s shame if he continued to criticise the government's leadership.

Khairul Azwan said Umno Youth urged Mahathir to shut his mouth and realise his era of leadership was in the past.

He said Mahathir should also make the prime minister as an example, for giving young leaders the opportunity and space to build aspirations and a new civilisation for future generations.

"A real statesman is like (Datuk Seri) Najib who gives space to young leaders to shape a civilisation for the coming generations," he said.

In addition, he said, Mahathir's actions in supporting the opposition to appoint Anwar Ibrahim as prime minister if (the opposition) won the 14th general election (GE14) was a strategy to avoid accusations of his failure in foreign exchange transactions (forex) experienced by Bank Negara around the 1990s.

He said the matter was clear because Anwar was one of the major witnesses (to be) called to testify at the Royal Commission of Inquiry regarding the scandal.

"He may feel that Anwar will give a confession that can have a negative implication against him, so (Tun) Mahathir is seeking new opportunities and space to express support for Anwar as prime minister," he said.