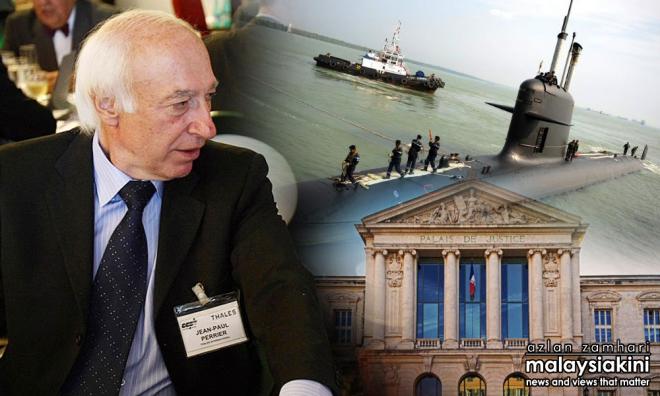 French investigators have indicted two former top executives with corruption over alleged kickbacks from the 2002 sale of two Scorpene-class submarines to Malaysia, according to sources close to the long-running inquiry.

The investigation was launched in 2010, after a complaint was filed by Suara Rakyat Malaysia (Suaram) in France in November 2009.

The investigation was to determine if a former president of French defence group, Thales International Asia, had paid kickbacks to Prime Minister Najib Abdul Razak via his former close associate, Abdul Razak Baginda, for a contract to supply two Scorpene submarines to Malaysia.

Najib was defence minister when the sale of the two submarines took place, through a joint venture between Thales and fellow defence company DCN.

From 2001 to 2007, Japiot headed DCNI, the international branch of France’s naval shipbuilding operations, which last month changed its name to Naval Group.