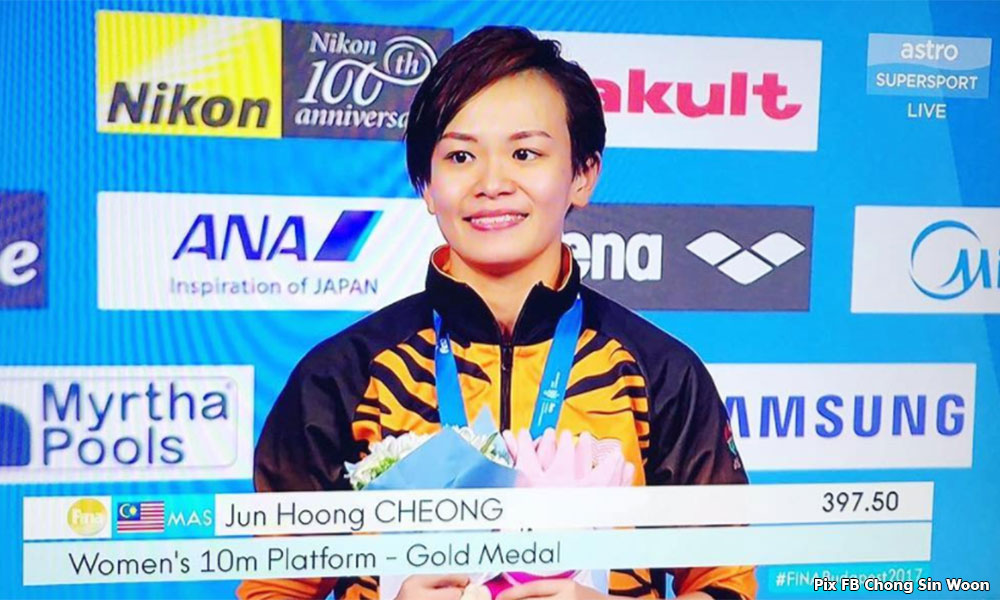 The 27-year-old Perakian, who is one-half member of the 2016 Rio Olympics silver medallist with Pandelela Rinong, scored 397.50 points in the women's 10m platform individual to ensure the national anthem "Negaraku" was played at the Duna Arena.

Former world champion, Si Yajie of China, grabbed the silver medal with 396.00 points, while her fellow teammate, Ren Qian, who is the 2016 Rio Olympics gold medallist, had to settle for bronze medal after amassing 391.95 points, according to Fina.

Meanwhile, Pandelela only managed to finish in ninth place out of 12 divers with a total score of 322.40 points.

Jun Hoong and Pandelela won the bronze medal in the women's 10m platform synchronised event in the 17th edition of the meet on Sunday.