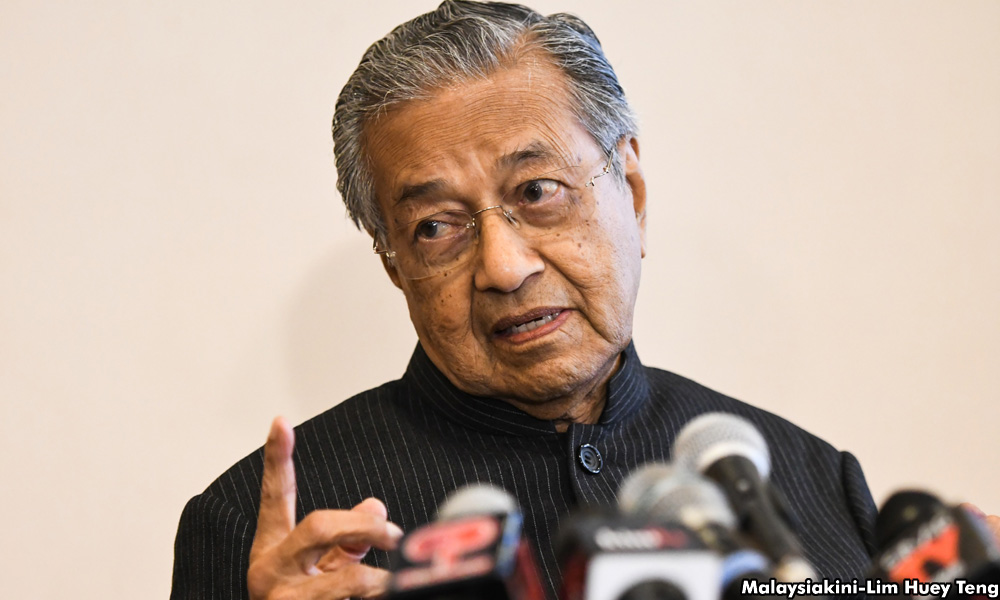 Parti Pribumi Bersatu Malaysia (Bersatu) chairperson Dr Mahathir Mohamad has yet to decide on whether he would contest in the upcoming general election or otherwise.

“I would only contest if we are in a really desperate situation but I don’t think we are,” he said, as quoted by Malay daily Sinar Harian.

Mahathir pointed out how Bersatu has many "qualified and experienced” candidates who can contest in the next election.

The former premier had, in the past, repeatedly said that he has no plans to contest in the general election.

Meanwhile, Mahathir urged both Bersatu members and Pakatan Harapan to avoid from “sabotaging” candidates who will be chosen to contest the election.

“I am sure many will be disappointed (if they are not chosen). If there are three or four people who are interested (in a seat), we cannot choose everyone.

“We can only choose one person. I know those who are not chosen will be disappointed but they have to support those who are chosen because they also need support from them.”

Should those who are not chosen decide to support candidates who have been chosen, Mahathir said they would win and “enjoy all the benefits that will be reaped”.

Pointing to the cooperation among Harapan parties as well as support from the people during the coalition’s programmes, Mahathir believed that these would be enough to topple BN in the next general election.

Bersatu and Harapan, he added, were formed to “save the rakyat”.

“That’s why I believe that the rakyat who want to be saved will give their full support to us in the general election,” he said.