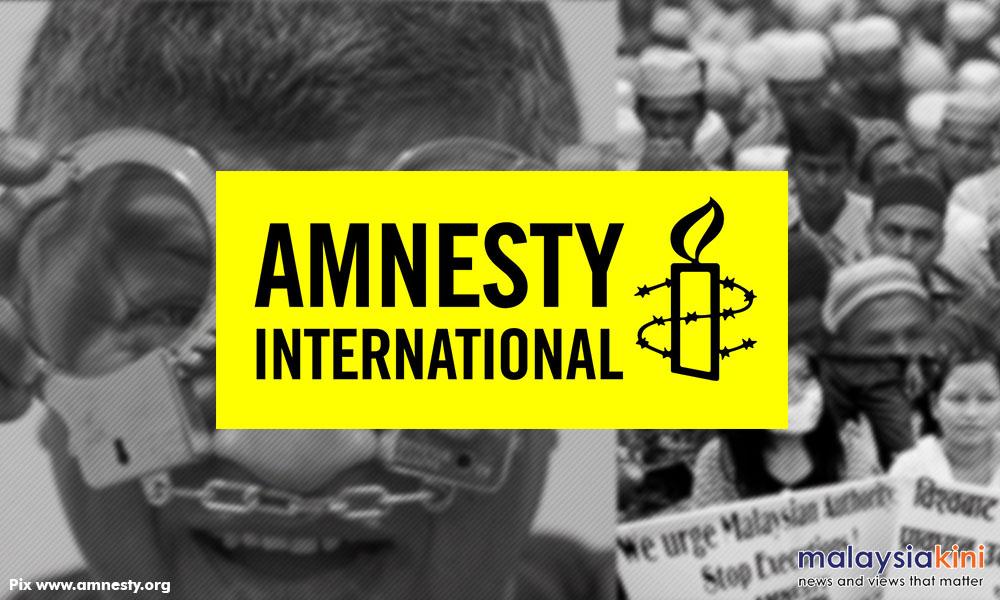 Amnesty International has condemned what it described as a growing trend by Putrajaya to deport human rights activists.

This was after Bangladeshi human rights group Odhikar's secretary Adilur Rahman Khan was detained by immigration at Kuala Lumpur International Airport at 4am and is set to be deported.

Adilur was to attend the National Conference on Death Penalty tomorrow.

Gomez called for Adilur's immediate release and that he be allowed to remain in Malaysia.

“The Malaysian authorities must immediately and unconditionally release Adilur Rahman Khan and allow him to participate in and speak at the conference.

“There is no justification for detaining him whatsoever. It is an outrage that a human rights activist cannot even travel freely to speak on a key human rights issue," he said.

"Suhakam visited Adilur and verifies that he is well and was not mistreated.

"But Adilur is to be deported. The reason for denying entry was not given," he said in a statement.

Chew said Adilur's mobile phone and passport were taken away from him while he was under detention.

"They have been returned and Adilur has been in contact with friends and family," he said. Earlier today, Suaram, accompanied by lawyers, had also gone to KLIA to find out about his detention.

Malaysians Against Death Penalty and Torture (Madpet), which is participating at the National Conference on Death Penalty, said it was appalled by the "unjustified detention".

"Being a Bangladesh citizen, he did not enjoy a visa on arrival when he arrived in Malaysia.

"As such, he needed to apply for a visa from the Malaysian High Commission in Bangladesh, before he could leave Bangladesh and come to Malaysia. Such visas are never simply issued as a right, but only after a thorough vetting of the applicant and his reasons for coming to Malaysia.

As such, the arrest and detention of Adilur Rahman Khan are most unjust and unreasonable. If the Malaysian government did not want Adilur Rahman Khan to enter Malaysia, they should never have issued him the required entry visa in Bangladesh," said Madpet representative Charles Hector.

Hector urged the government to immediately release Adilur and compensate him for the "deprivation" of his rights.

He added if Putrajaya is adamant on deporting him, it should apologise to Adilur for granting him a visa in the first place.