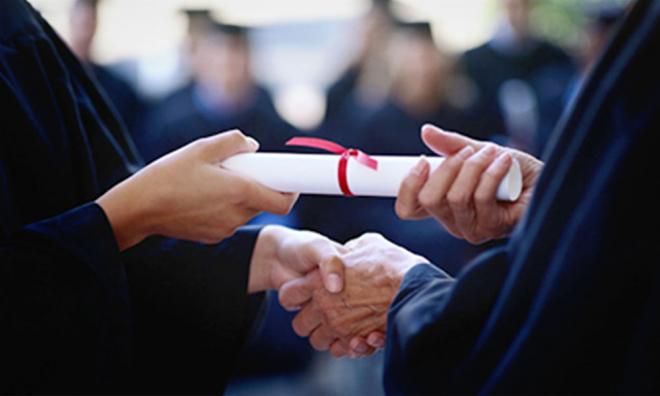 Why I had to travel halfway across the globe for university

COMMENT | I am Malaysian, but I’m also ethnically Chinese. I grew up in Malaysia and in my final year of secondary school, I recall being told that I was no longer the top student because “the rules had changed.”

Traditionally, the top spot was awarded to the student with the highest subject average.

But that year, my friend who had scored almost 100 points less than me in total marks — a difference of almost 10 percent between our subject averages — had claimed the top spot because he had “tested better for Malay/Bahasa.” He also happened to be Malay.

To people unfamiliar with Malaysia, her population comprises of many ethnic groups, with the Malays making the majority at around 60 percent, the Chinese at around 23 percent and the Indians at around 7 percent.

Malaysia’s diverse demographic has led to an interesting social, political and economic situation between the races, resulting in the adoption of policies geared towards positive discrimination for the majority race, the Malays.

Many agree that these policies have been put in place for far too long that they have become counter-productive.

In fact, affirmative action has become so deeply embedded in the country’s culture that I remember accepting this reality at a very young age - the reality that I would never truly compete on a level playing field with some of my peers because of the color of my skin, despite holding the same deep red passports as them.

And so, I didn’t react to the demotion of my class position even though I thought it was grossly unfair. Besides, I couldn’t know for sure if that incident really was a manifestation of affirmative action at all.

All I knew was that I wanted to work even harder to get into a system I thought was more transparently meritocratic. That was the first time I knew that I wanted to study overseas if I could.

Besides, I had enough of silly subjects like “Moral Education” where we had to learn 30-something “core values” and regurgitate their definitions word for word in the exams.

Also, history was another bizarre subject with World War I and II only occupying a couple of pages in our textbooks — these surely weren’t the limits of education.

And so, discussions about my “exotic country” would occasionally creep up.

One question that always hit home for me was, “why did I choose to come all the way to the UK for university?”

Perhaps my British friends couldn’t see themselves doing the same but for me, I didn’t think I had much of a choice.

They didn’t have to leave their country for world-class education — they had universities like Oxbridge; Malaysian universities struggled to even break into the top 200 world rankings.

To add insult to injury, I would also face restrictions when applying to Malaysian public universities because of my race, and fees at private universities weren’t cheap either.

So I would tell them, “who would turn down an offer from Oxford?”, but in truth, there was a lot more to the story.

The more I think about it, the more I am convinced that it truly is a pity we do not fully acknowledge how damaging institutionalised racism is to Malaysia, especially in the sector of education at large.

You see, racial quotas necessarily mean that the country cannot fully harness the talents of a portion of its population. And in education, this means that many of the best talents are forced out of the country for university.

Since the standard of education a university can provide will eventually have to be in line with the capabilities of its students, this poses a huge risk of dwindling education standards within the country. This is perhaps what is happening in Malaysia.

I recall applying to a Malaysian government-linked company for a scholarship to fund my PhD studies after securing a place at Cambridge University. I felt that I stood a pretty good chance considering I had graduated within the top 4 percent at Oxford.

But I got rejected out right - no first-round interview, no explanation, nothing.

I usually dislike feeling entitled about things like scholarships, because they are of course a privilege and not a right.

But I felt at the time that what I had achieved required some special effort and I didn’t think there were many Malaysians in a similar situation as me.

Still, my application was rejected, and I will admit that one of the first things that came to my mind was that my race probably had not helped matters.

This could have been completely in my own mind, but policies that racially discriminate are bound to fuel speculation, and this is toxic.

In the end, I luckily managed to secure a full scholarship from Cambridge itself and as usual, I swept this incident under the rug.

But I don’t think we can continue sweeping this issue under the rug anymore.

Malaysia is suffering from a massive brain drain. Many people like me probably feel there is little point in returning to a country that has been less than supportive of our talents; many Malaysians feel like second-class citizens in their own country.

This is not helpful because there needs to be a collective sense of responsibility and accountability for a country to truly progress.

Because whilst we might be able to afford the loss of a few bright Malaysians from Malaysia, we cannot afford a continued exodus of them.

For the most valuable resource of a country is not oil or gold or land, it is her people. Just ask our neighbour, Singapore.