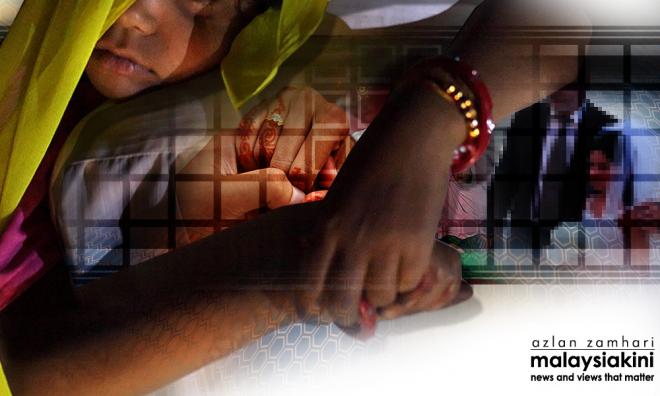 The Federal Territories Syariah Court has approved 238 child marriages since 2010, according to the government.

However, Minister in the Prime Minister's Department Jamil Khir Baharom, who announced this is, did not say why the underage marriages occurred, adding that a detailed study had not been carried out.

Statistics for other states were also not available as the syariah court fall under the purview of the state governments.

Under Malaysian law, Muslim girls under the age of 16 and boys under 18 cannot marry without consent from a syariah court.

"In Islam, living together without being married, or fornication, is forbidden, thus such (underage) marriages are allowed to avoid zina (illicit sex)," Jamil Khir said.

He said the application may be rejected if, for example, the groom is unable to financially support the bride, or does not have sufficient religious knowledge, including on household matters.