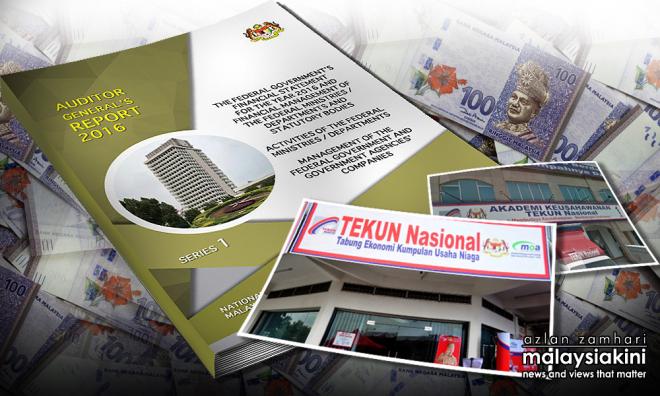 AUDIT REPORT | The National Entrepreneur Group Economic Fund (Tekun Nasional) recorded an accumulated losses of RM209.28 million by the end of 2015, according to the latest Auditor-General's Report.

The auditor-general noted that the financial performance of Tekun was "less than satisfactory for the year 2013 to 2015 due to massive debt to the government, and a total of RM410.61 million bad debt was written off".

Tekun, a financial services agency for micro and small entrepreneurs, has managed to increase its total financing from RM2.69 billion to RM4.29 billion for 473,982 entrepreneurs within 18 years, according to the report.

Despite the management of activities was in accordance with Tekun's objective, the audit report pointed out that its activities were not properly planned.