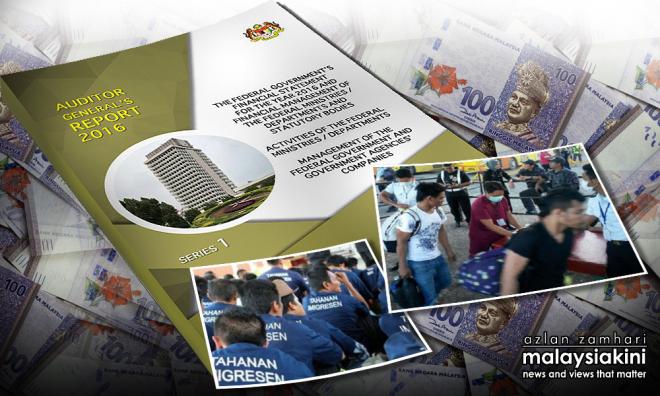 AUDIT REPORT | Despite repeatedly flouting contractual obligations, a ferry company was awarded the job to deport foreign nationals by the Immigration Department for 10 years and had its contract extended four times, the Auditor-General's Report 2016 Series 1 revealed.

In its audit of the Home Ministry, the report scrutinised the Immigration Department’s system of deporting foreign nationals.

“Ferry service contracts were renewed four times with the same company, from 2007 to 2017.

“From Nov 1, 2007, to Oct 31, 2009, the Immigration Department (first) signed a contract with a ferry service company (contractor) for two years after obtaining clearance from the Ministry of Finance (MOF) through direct negotiations, at a rate of RM205 per immigrant.

MOF had approved the latest contract renewal for the company, despite previously ruling that its third renewal, from Nov 1, 2013, to Oct 31, 2015, would be the last.

Federal government policy rules that contracts can only be extended once for a period not exceeding two years...