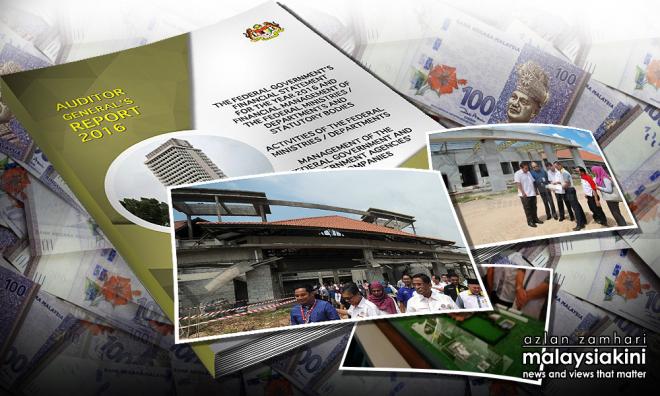 AUDIT REPORT | The finance minister's role in getting an unqualified contractor to construct the Bera Hospital was highlighted in the first series of the Auditor-General's Report 2016.

The RM88 million hospital, intended to serve some 92,000 people within the Bera district and relieve overcrowding at Temerloh Hospital, some 45km away, was supposed to have been completed on Jan 9, 2015, but was only 57 percent ready as of December 2016.

Health Minister Dr S Subramaniam said in July that the Bera Hospital is only expected to be completed in 2019, after a new contractor is appointed.

Maju Jaya Prasarana Sdn Bhd (MJPSB) was appointed as the first contractor of the hospital, from a list of seven companies provided by the Finance Ministry.

This was despite at least three red flags raised by the PWD that all seven candidates were unqualified, and having repeatedly recommended to the Finance Ministry that an open tender be conducted.

The apparent attempt to scuttle an open tender for the Bera Hospital project began with contradictory decisions within the Finance Ministry...