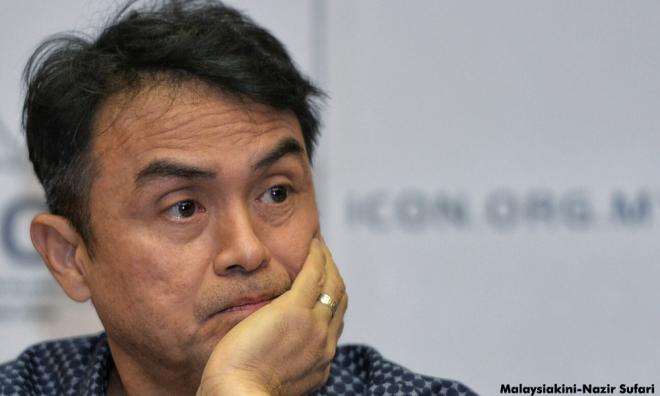 Abdul Razak Baginda, an associate of Prime Minister Najib Abdul Razak, was reportedly charged in France over alleged kickbacks in the sale of submarines to Malaysia, according to AFP.

The investigation into the deal began in 2010 after human rights group Suaram lodged a complaint.

Meanwhile, Razak's office in a statement tonight said reports that he had been "charged" in France are misleading.

Razak's office said no formal charges have been brought in a court of law and it was an ongoing inquiry.

"French news reports on July 19 and Aug 1 have stated that individuals involved in the purchase have been ‘charged’. These reports have been carried in other mass media and are misleading.

"The term ‘charged’ in the context of the inquiry means placing the said individuals under ‘formal investigation’.

An inquiry is not a charge

Razak's office added that the principle of innocent until proven guilty stands and that a criminal prosecution should be based on evidence and not hearsay or narratives.

"Dr Razak Baginda has not been charged in any court of law in France.

"The inquiry by the French is welcomed as Dr Razak Baginda has not committed any crime of corruption or breached any laws in the matter.

"It is highly regrettable that the news reports are misleading and the correct facts of the matter are not reported," it said.

Meanwhile, PKR communications director Fahmi Fadzil in a statement urged the Malaysian Anti-Corruption Commission (MACC) to reopen the case into the purchase of the submarines.

"The people do not want to see another case like 1MDB where investigations and prosecutions are taking place in other countries with regard to the misappropriation of 1MDB funds but none are happening in Malaysia," he said.

To learn more about the Scorpene affair, read our kiniguide: Dredging up the DCNS Scorpene scandal