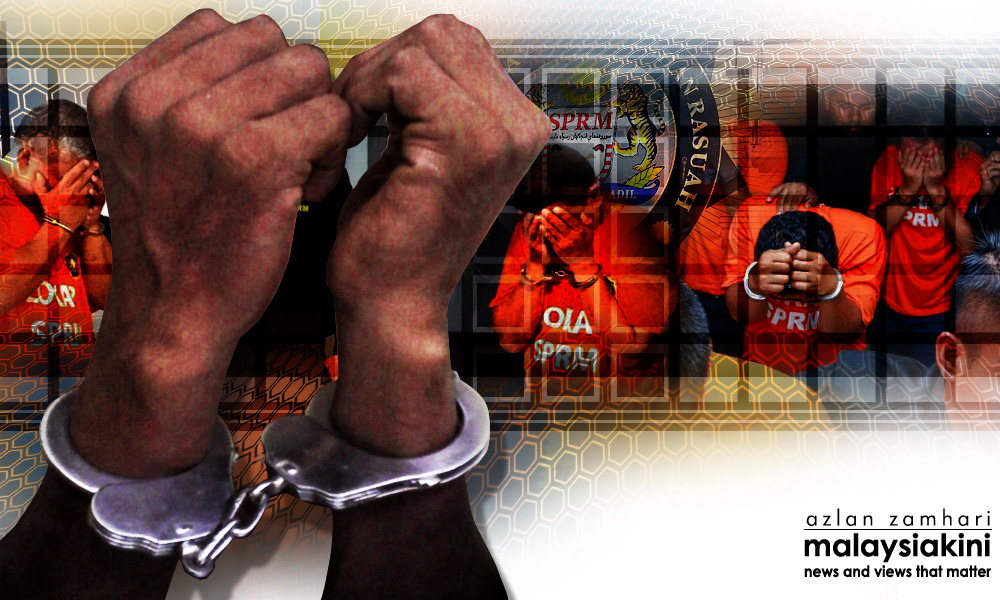 In a statement today, the commission said the 56-year-old Customs officer, who was picked up at 12.15 am today, has been remanded for seven days from today.

Meanwhile, the nine PTG personnel, aged between 39 and 59, were also rounded up between 3.30 pm and 3.45 pm today at several locations in Kuantan.

“The MACC had also raided the Pahang's PTG Office, Customs Department and the Kuantan Port to obtain several documents related to the investigation.

“Apart from the arrests, the commission had also detained 18 lorries transporting bauxite from illegal mines around Bukit Goh and Bukit Sagu at around midnight yesterday,” the statement said.

MACC Intelligence Division director Ahmad Khusairi Yahya, when contacted confirmed the arrests, saying that the commission had been monitoring the illegal activity over the past several months.