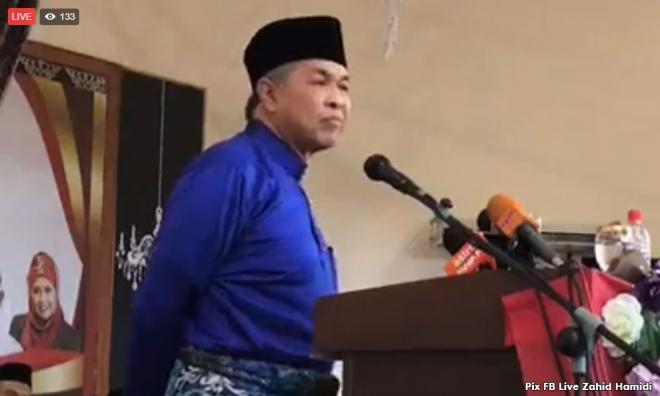 Zahid: They made me resign while under ISA detention

Zahid said he was never liked by the then Umno president Dr Mahathir Mohamad and therefore not favoured to win the Umno Youth chief election two years earlier.

"The Umno president at the time was never happy that I won and he did not want me to be the Youth chief. So I only held the post for about two years.

"And because that person did not like me, a way was found to kick me out of the Umno Youth chief post," Zahid said in his speech at the Jerlun Umno division annual general meeting today...