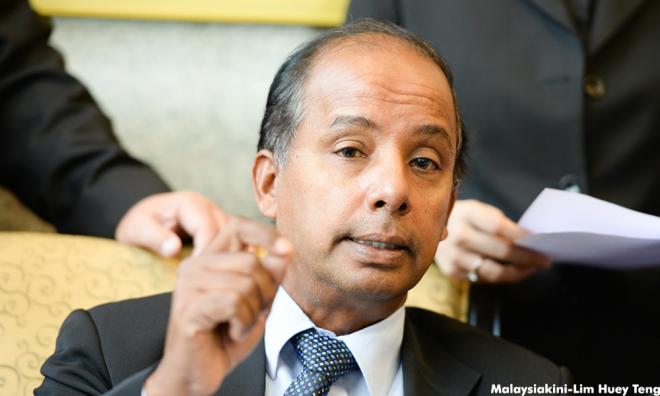 'You tell her if she's Muslim or Hindu!' MP's impassioned plea

PARLIAMENT | In a heated and impassioned speech, M Kula Segaran (DAP-Ipoh Barat) took the government to task for dropping provisions that would have banned unilateral conversion of a child by one parent.

Pointing to the public gallery where Tevi Darsiny - the 19-year-old daughter of Indira Gandhi, who was unilaterally converted to Islam by her father - sat, Kula Segaran told ministers in the Dewan Rakyat to explain to her what her religious status was.

"You stand up now and tell her, is she Muslim or Hindu?

"If that is your daughter or your sister what would you do?" the DAP lawmaker asked ministers across the aisle.

Among the ministers that were in the house were Health Minister Dr S Subramaniam, Deputy Education Minister P Kamalanathan, and Minister in charge of Law Azalina Othman Said...