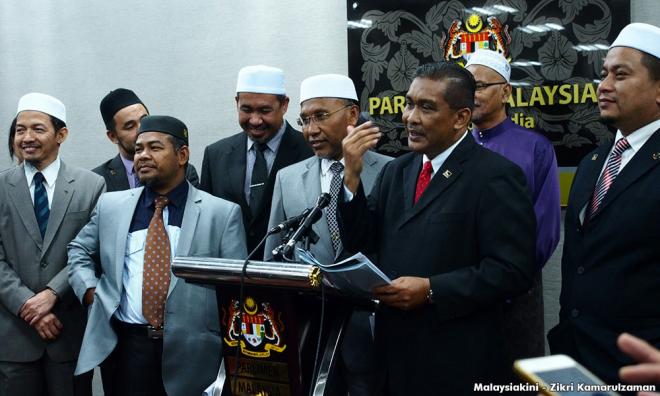 Indira may have suffered but so have Muslim converts, says PAS

PAS MPs today said non-Muslims like Indira Gandhi were not the only ones to have suffered due to issues with the Law Reform (Marriage and Divorce) Act 1976 but Muslim converts too, have suffered.

Speaking at a press conference at Parliament, PAS secretary-general Takiyuddin Hassan, backed by 13 other PAS MPs, repeatedly declined to elaborate on the government's move to drop the proposed Section 88A from the amendments to the LRA.

Section 88A would have effectively put an end to the practice of a Muslim convert parent also converting a child and then seeking custody at the Syariah Courts, leading to a tussle between the Muslim and non-Muslim parent, and setting the civil and syariah courts on a collision course...