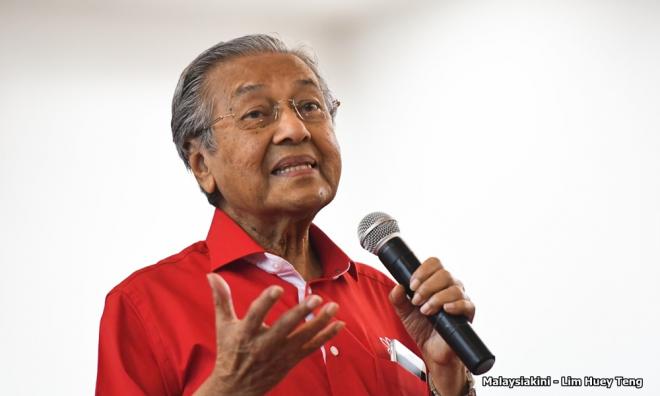 'Political thuggery goes all the way back to Dr M's rule'

COMMENT | Suaram condemns the political thuggery displayed by provocateurs at the ‘Nothing to Hide’ forum where the former prime minister Dr Mahathir Mohamad was speaking. Such anti-democratic behaviour has no place in Malaysian democracy.

At the same time, Malaysians know that such political thuggery is not new to Malaysian politics. In fact, it goes way back to the time when Mahathir was the prime minister.

Ever since the May 13 riots of 1969, the spectre of ‘May 13’ violence has been used in official propaganda as a threat against any potential challenge to the status quo, whether related to the civil rights of the non-Bumiputras or as a direct challenge to the ruling coalition in a general election.

For example, during Mahathir’s rule in 1987, Umno Youth organized a rally at the Jalan Raja Muda Stadium in Kuala Lumpur at which racist and seditious slogans were carried in banners which read: “MAY 13 has begun”, “Soak the keris in Chinese blood”.

This is documented in the government white paper on "Operasi Lalang". Umno leaders who were on stage to fan the flames of communalism included top government leaders today.

Then on 9 November 1996, there was an assault on the Second Asia Pacific Conference on East Timor at Asia Hotel, Kuala Lumpur by a 600-strong mob of Umno Youth. It took the police two hours to arrive, by which time the loud mobsters had torn down the dividing door of the conference hall and were harassing conference participants.

Instead of apprehending the mob for their violent criminal actions, the police arrested some 59 conference participants who had been victims of the mob violence. At least on this occasion, we stood our ground and asserted our right to hold the conference despite the government order for us not to organize the conference.

Since then, the Youth Wing of the ruling party Umno has taken upon itself the role of storm troopers in carrying out threats to any who would demand civil rights or challenge the status quo. On 18 August 2000, again during Mahathir’s reign, some 300 Umno Youth members boorishly demonstrated in front of the Selangor Chinese Assembly Hall in Kuala Lumpur over the Chinese Associations’ 1999 Suqiu election appeal for civil rights. They threatened to burn down the assembly hall...