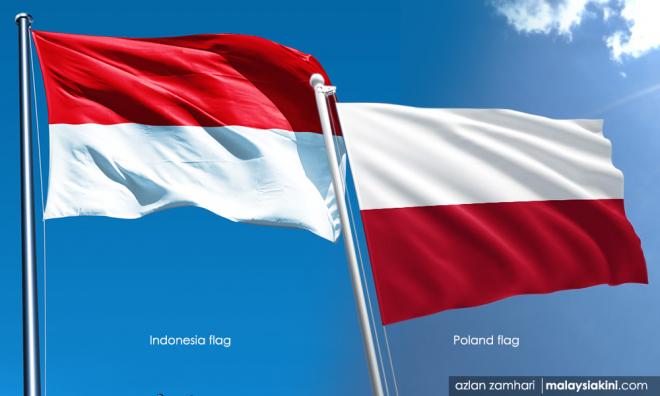 Indonesians protest in Jakarta over 'upside down' flag

About 50 members of an NGO known as Laskar Merah Putih today staged a peaceful demonstration to express their disappointment over the use of an upside-down picture of the Indonesian flag in the souvenir booklet of the ongoing SEA Games in Kuala Lumpur.

They gathered for about two hours from 2pm in front of the Malaysian Embassy complex in Kuningan in Jakarta and hung up a banner demanding that Malaysia apologise once again to the people of Indonesia over the error.

Members of the group carried posters and placards claiming that Malaysia had committed many mistakes and called on the Indonesian government to break off diplomatic relations.

Laskar Merah Putih leader Adek Erfil Manurung said the printing of the flag upside-down was something extreme and an insult to Indonesia.

The NGO also raised the issue of the Malaysian government having allegedly violated the law in the purchase of so-called customary land in Kemang.

Adek and two other representatives of the NGO were allowed into the embassy complex to hand over a protest memorandum which was received by the Malaysian deputy ambassador to Indonesia, Zamshari Shaharan.

Zamshari, when approached, said he received the memorandum and informed the representatives that the government, through the Foreign Ministry, had apologised officially to the government and people of Indonesia.

As for the purchase of the land, he said the embassy respected Indonesian laws and that the case was before the courts.

Malaysian Youth and Sports Minister Khairy Jamaluddin met his Indonesian counterpart Imam Nahrawi in Kuala Lumpur yesterday and apologised for the mistake over the flag.

President Joko Widodo of Indonesia, in a statement yesterday, expressed regret over the flag issue, but advised the people not to play up the matter.