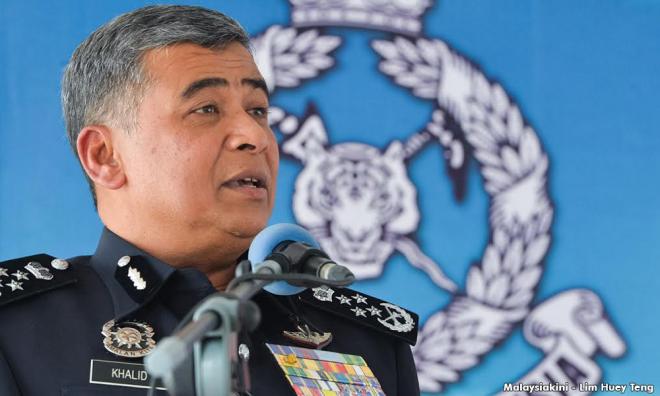 Inspector-general of police Khalid Abu Bakar will retire on Sept 5, when he turns 60, after serving as the nation's top police officer for four years.

"This is my own decision. It is time for me to take a break," he told Berita Harian.

Khalid began his career with the police in 1976 at the age of 19. He later obtained a law degree,  from the International Islamic University Malaysia (IIUM), in 1995.

He was appointed IGP in 2013, replacing Ismail Omar.

Following his retirement, Khalid's deputy Noor Rashid Ibrahim, 59, is expected to be appointed as the new IGP.

There had been intense speculation that Khalid's tenure as IGP would be extended following the tenures of the chief justice and court of appeal president being extended.

Khalid is known for his active role on social media, often tweeting instructions to his subordinates to act against certain individuals or groups and issuing informal warnings to Malaysians.