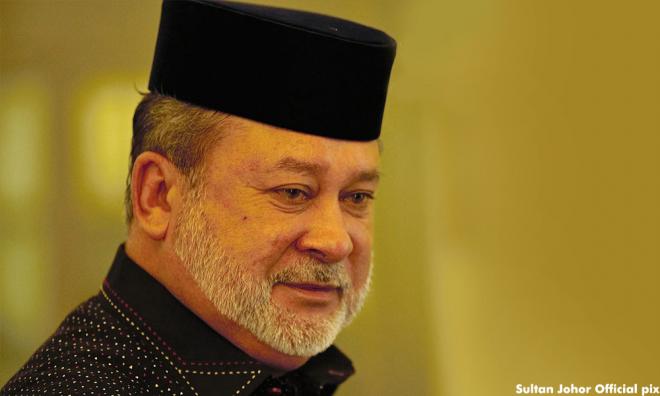 'If you're a man, play against Johor team' – Sultan's polo dare

"I challenge the SEA Games polo team to come to Johor and show your fangs since news of your greatness supersedes you.

"Today they played against Singapore. When the team was already winning, he came on and asked the performing player to pretend to be injured.

"So there's a photo of him in the team to be featured in the print media and spread the propaganda to cheat people as if he was victorious and reliable," said the ruler in a Facebook posting.

Though Sultan Ibrahim did not mention whom he was referring to, in the subsequent paragraph, the ruler said that he would like to extend an invitation to the youth and sports minister.

"And hopefully he (the minister) won't disappoint the request of the people to see your team defeat the Johor team.

"I will send two of my sons and two of our horse trainers or perhaps myself, as I believe I still have what it takes. Should my team lose, I will admit the SEA Games team is represented by the best there is," he added.

According to the sultan, the polo teams competing in the 2017 SEA Games were merely meeting the necessary conditions set forth by the games committee.

"There are some that have come with lower handicap thus making it easy to be defeated," he said.

Sultan Ibrahim also pointed out that polo has been played in Johor since 1884, and the ruler himself participated in the world cup.

"When I was the crown prince, I was already playing around the world and even played in the world cup. Hence, the SEA Games is almost insignificant in comparison. If you want a more competitive match, do come to Johor.

"I would like to invite all Malaysians to come and watch as well as enjoy the match between the SEA Games team and the Johor team," he said.