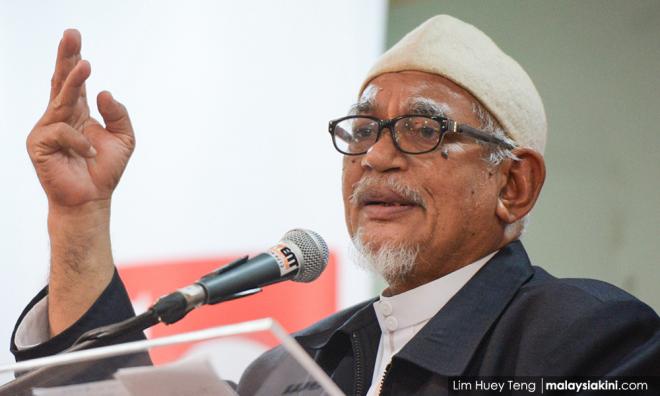 Hadi: Those who listened to 'amanat' in full apologised to me

PAS president Abdul Hadi Awang is willing to be investigated again over his alleged role in the Memali incident.

Hadi is accused of having fanned anti-government sentiments at the time, through a speech dubbed as "Amanat Hadi" (Hadi's address).

However, he said the amanat most people know of is just an excerpt, and those who have heard the hour-long speech in full had actually sought his forgiveness.

"I was never charged for any wrongdoing whether on legal or religious grounds despite there being a lot of pressure (to do so) at the time.

"(The accusations) were political, but I don't have a problem if they want to investigate it again, go and listen to my cassettes...