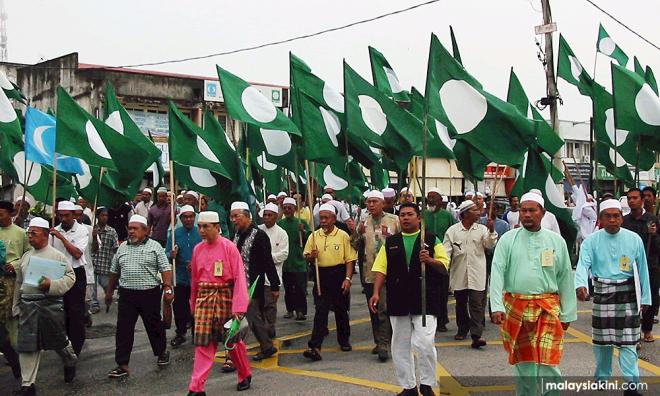 MP SPEAKS | The decision by the Pakatan Harapan presidential council not to negotiate with PAS has taken some by surprise. While some hail it as a step in the right direction, others respond with pessimism.

To be fair, a two-cornered fight achieved through a united opposition front is the ideal situation which everyone wishes for. This will ensure all opposition votes will be cast in favour of the single candidate standing against the ruling party, and as such victory is within our grasp.

However, reality and ideals sometimes do not agree with each other.

The reality today is that the opposition is no longer united as it was on the brink of the general elections in 2013. As such, to aspire for an ideal when the reality is clearly otherwise is a form of denial. The sooner one acknowledges the reality, however bitter it may be, the sooner one can strategise effectively to do the best given the circumstances.

1. Whether we can achieve a two-cornered fight in the first place, and if we can,
2. Whether the terms for such a cooperation would help us in achieving Harapan's shared objective of defeating BN and forming a new government in Putrajaya.

Let me dissect these two issues separately and in some detail so that everyone can understand it better. Let me handle the question of whether we can 'work' with PAS first.

Since 2013, to say that PAS has proven to be a difficult partner would be an understatement! Even with a written cooperation agreement, known to all and sundry, PAS reneged on its promises. PAS leaders who spoke out against its betrayal in Kota Damansara and various state seats around the country were criticised for having a lack of loyalty to the party and were subsequently pushed to leave.

Similar was the case during the Permatang Pauh by-elections. These 'disloyal' leaders finally left in 2015, and are now with Amanah and those who supported these acts of betrayal are now in control of PAS.

If PAS does not respect a written cooperation agreement, such as that which existed in Pakatan Rakyat (PR) then, what is to guarantee 'honorable' behaviour when there is no agreement? This makes the question of whether we can work with PAS much in doubt.

What is to stop PAS from putting up a candidate at the last minute, like in Kota Damansara, creating a three-cornered situation, even after having earlier promised that they would not do so? And should that happen, being unprepared for such a situation, we would be caught flat-footed, as would the voters.

We are now well aware of PAS’ intention of contesting in those seats that we wish to contest. In 2013, we may have used ignorance as an excuse, but we can no longer say that today. PAS has said it loud and clear, many times, and in many languages, “We are not interested in working with Harapan!”

Is such cooperation meaningful?

The second issue is as to whether such cooperation is meaningful and desirable in our attempt to defeat BN and form a new government in Putrajaya.

In order to answer this question, let us assume that we somehow manage to cooperate with PAS, and this time around they are true to their word in terms of ensuring a two-cornered fight. Given the situation, there are two issues that need to be addressed:

1. On competing, what guarantee is there that their members will vote for our candidate?
2. After winning, what is to prevent them from forming a government with BN?

On investigation, it was discovered that there was an instruction from certain PAS leaders not to vote for the PKR candidate. This was when there was an agreement.

What is there to guarantee that such a situation would not occur again?

On the post-election issue, it is a well-known fact that PAS had earlier declared that they wished to be the "kingmaker" after the 14th General Election. They will consider their options and decide based on what they believe will benefit them more. If such intentions are so clearly declared, what meaning is there in helping their candidates win?

Given the option of choosing between Harapan and BN, is it still a mystery to anyone which coalition PAS would prefer? Obviously, PAS would choose the coalition which does not contain the PAS-declared ‘enemy of Islam’ (i.e., DAP) and the ‘betrayers of Islam’ (i.e., Amanah)! Their feelings towards Parti Pribumi Bersatu Malaysia and PKR are no less hostile.

Knowing all these, can anyone really confidently say that such cooperation is meaningful and worthwhile?

The question of ‘unwinnable’ three-cornered fights

It is wrong to draw premature conclusions based on our experiences with three-cornered fights. The fact of the matter is that in all such cases, specifically wherein PAS put up a candidate where another PR candidate was contesting, we were unprepared for it. Being caught by surprise, there was little we could do. And if we ourselves were confused by PAS’ treachery, imagine how the voters felt!

The voters will be confused, as the voters in Kota Damansara were in 2013, not knowing who to vote for as it was a fight between 'friends'. Attempts at clarifying the situation by later declaring Dr Nasir (Hashim, of PSM) the official PR candidate, even by certain PAS leaders who disagreed with the betrayal, was too little too late. The voters may have been better prepared had they been informed well in advance of PAS’ betrayal. More may have voted for Dr Nasir, and he may have won the seat!

Similarly, we must also learn from our Sungai Besar and Kuala Kangsar by-election experience. So much time was wasted trying to negotiate with PAS – time which would have been better used preparing for a three-cornered fight. In the end, PAS refused to give an inch, not to Amanah and not even to PKR. As such, we were again caught unprepared for a three-cornered fight, and the voters remained confused as to who to vote for.

Given the current situation, there is no indication that PAS is willing to cooperate by not contesting in the seats that we have hopes of winning. To waste time trying to get them to agree instead of preparing everyone for the inevitable three-cornered fight would be repeating the same mistake made in Sungai Besar and Kuala Kangsar.

In such a situation all who wish for change will vote for the Harapan candidate. PAS’ involvement in the general election needs to be shown for what it is, a superfluous act with no intention of forming a new government but maintaining the existing instead!

Three-cornered fights are obviously not anyone’s first preference. But given the circumstances, it is what we will have to undergo. The sooner we prepare for it the better. It will be challenging, but there is a realistic chance of winning provided the public are well informed about the situation.

A successful and meaningful two-cornered fight, on the other hand, is completely dependent on the sincerity of PAS! This, currently, is too much to hope for. It would be like hoping for a cat to sprout horns or a tiger to turn vegetarian.