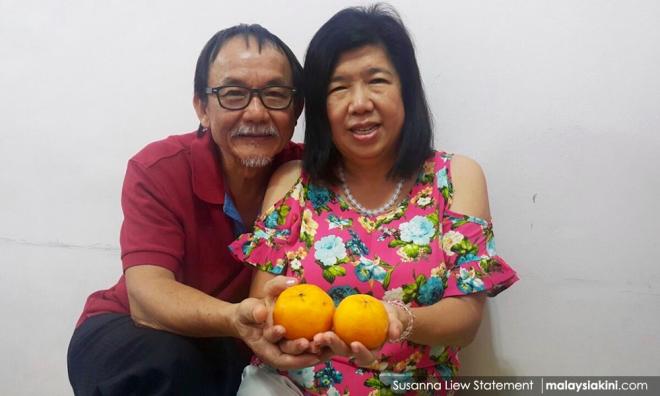 Susanna Liew, the wife of missing pastor Raymond Koh, penned an open letter to the inspector-general of police Khalid Abu Bakar, expressing her devastation at the lack of updates on the case – before wishing him a “happy retirement".

“The police have not handled Raymond’s abduction as you usually handle other kidnapping cases, especially in the way you have withheld the coordination and communications support normally given to families of kidnap victims,” she wrote, 200 days after her husband's abduction.

Khalid will retire on Sept 5, when he turns 60, after serving the police force for 40 years.

Liew also took issue with Khalid previously advising her not to speak about Koh’s abduction to the media, adding that she was “bewildered as to why you have chosen to ignore your own advice".

“Why are you doing this? If this sensational story is based on a logical and credible line of inquiry with verifiable evidence, then why not update me accordingly?

“If there is no credible evidence, then why build this narrative in the full glare of media spotlight? Why is there a need for this?” the letter states.

This narrative, according to Liew, referred to Khalid’s public announcements, which she said have been “vague, bordering on sensationalism” and rife with “inconsistencies” that call into question the commitment of the police in investigating the case...