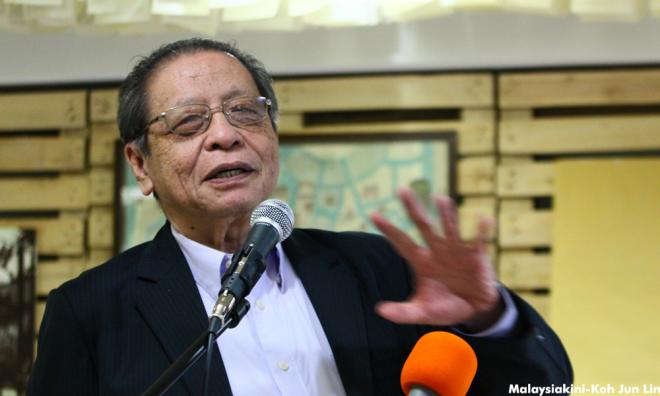 DAP supports Islamisation based on the Constitution

MP SPEAKS | I was attracted to a commentary by the former Asean secretary-general Surin Pitsuwan, a Thai Muslim who is a former Thai foreign minister, who was in Kuala Lumpur yesterday for a regional conference titled “State of Democracy in Southeast Asia: Achievements, Challenges, Prospects”.

Surin said right up to the 80s, Islamisation used to be a good word, where people integrated Islamic values and norms into every aspect of their life, including in education, work and economic development.

However, now he said the meaning has taken a turn to becoming more restricted, less tolerant and complicating the efforts in governing a diverse country like Malaysia and other countries in the Islamic world.

He said: “Islamisation has become identical to communal politics, which is not a fundamental message of Islam. Islam has to be a message of goodwill and a blessing for all mankind.

“We (Muslims) are in danger of becoming more inward looking and less tolerant, less respectful. It is not good for anyone.”

Surin said a restrictive and limited form of education was generating a shallow mindset among Muslims.

He said: “There is an emphasis on the fundamentalist message that it has to be interpreted in one way and no other way.

He said when it is interpreted so literally, which is the fundamentalist approach, there is a tendency to limit mindset, and limit space in interaction with the world.

Surin said: “The world is a diverse space. Everyone is a minority in the globalised world. We are not living on the planet alone. If our way is the only way exclusive of the rest, then that will turn us into an island.

“An island of insecurity and lacking confidence in interacting with the world.”

He cautioned that such thinking will lead to mutual distrust and potential instability in Malaysia and other countries.

“And that is not only about Malaysia but everywhere with multi-ethnic communities.

“The only way forward is tolerance, mutual respect and giving each other space to fulfill his or her own mission of having a good society.”

I find Surin’s view most relevant for Malaysia, as what he said mirrored DAP’s relationship with PAS – of the changes which had undergone in PAS under the leadership of Abdul Hadi Awang, as compared to the more open, tolerant and inclusive policies when PAS was led by more open-minded leaders like Nik Aziz Nik Mat, Fadzil Noor and Yusof Rawa.

A vote for PAS is a vote for Umno

Under the leadership of Nik Aziz and Fadzil Noor, PAS became a party to the Pakatan Rakyat Common Policy Framework and advocated a “PAS for all” welfare state, but under Hadi, PAS turned its back to the Pakatan Rakyat Common Policy Framework, broke up Pakatan Rakyat, and has now become the greatest apologist and defender of Prime Minister Najib Abdul Razak, the 1MDB scandal, and Malaysia becoming a global kleptocracy where a vote for PAS will become a vote for Umno.

DAP supports Islamisation based on the Malaysian Constitution, which promotes a nation-building process based on tolerance and mutual respect in a plural society and not one which engenders bigotry, hatred and extremism.

We should follow closely the views expressed by the speakers at the conference on “State of Democracy in Southeast Asia: Achievements, Challenges, Prospects.”

One of the speakers, Michael Vatikiotis, Asia director for the centre for Humanitarian Dialogue and former editor of Far Eastern Economic Review, warned that the use of religious fundamentalism by a dominant party in the ruling federal government will divide the country along religious and racial lines.

Vatikiotis said: "I worry that the aspiration for a Malaysian society has been lost because today's politicians want people to identify with their race and their religion more than before.

"We should be very concerned. This has not happened to the same degree before. We heard today on the panel and in the conference that everyone is expressing concern on this.

"This is the most worrying prospect for the next general election. Yes, there are bread and butter issues, problems that affect livelihoods and the GST (goods and services tax).

"But, the government's use of divisive issues like race and religion is a concern for everybody."

This is a trend that all Malaysians must be concerned about, for we want everyone in the country, regardless of race, religion or region, to become more Malaysian-minded and to be Malaysians first, and their race, religion, politics or socio-economic position second.

Only then can Malaysia succeed, flourish and prosper!