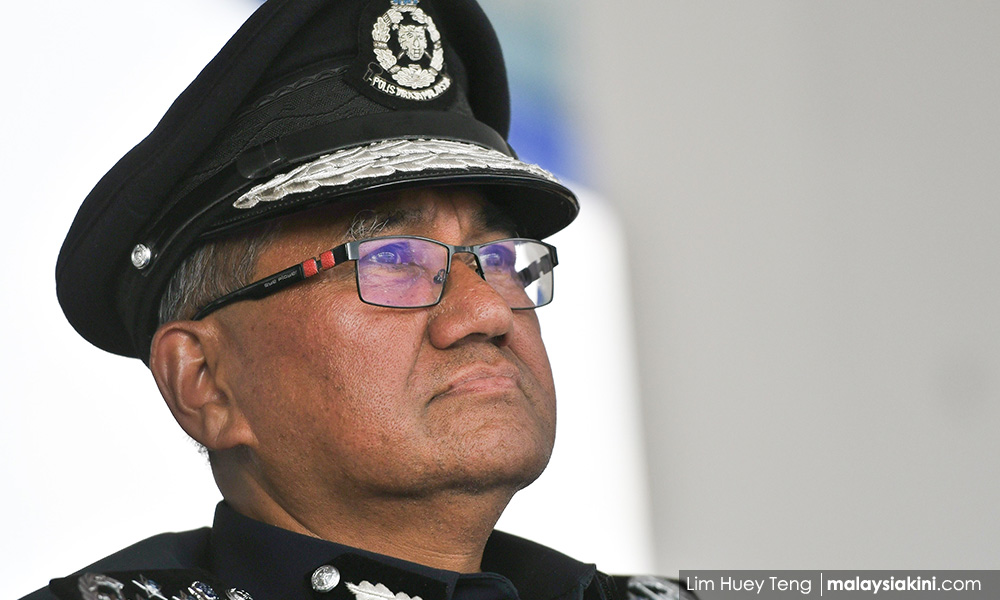 Five tasks for the new IGP to restore the police's dignity

MP SPEAKS | Today is the last day for Khalid Abu Bakar as inspector-general of police.

There are five tasks which the new IGP needs to execute urgently in the first week of his office in order to return confidence of the people to the police force:

1. Resolve the abduction case of Pastor Raymond Koh and other missing persons.

The whole nation watched the CCTV footage of Pastor Koh’s daylight kidnapping in horror as the whole operation seems to be conducted by highly specialised individuals, raising questions on the involvement of terror agents in the country.

After more than 200 days, the police has yet to resolve nor give an adequate explanation on the kidnapping of Pastor Koh.

Three other persons have also been reported missing: Joshua and Ruth Hilmy and Amri Che Mat.

We do not know if their cases are connected, but Malaysians today live amidst the fear of terror looming in our neighbourhood if these cases are not resolved immediately.

2. Deal decisively with nationwide gambling syndicates, once and for all.

Illegal gambling activities, especially in neighbourhood areas using computerised and electronic gambling machines, are mushrooming in our country. I have highlighted on numerous occasions, the existence of such illegal gambling centres, sometimes up to 4-5 centres along a short stretch of a road.

In the past year, police raids were intensified in several states in the country.

However, more often than not, we discover that after the raids, new ones will continue to be opened elsewhere, some even in the jungles as admitted by the police themselves.

This kind of lawlessness not only generates social problems but also raises suspicion on whether these illegal gambling syndicates received “higher” protection and thus are bold enough to continue operation despite numerous raids.

The new IGP must deal decisively once and for all against these illegal gambling syndicate without letting them return to operation again.

According to a parliamentary reply by the home minister to my colleague, the MP for Puchong dated 21 March 2017, there were 110 deaths in police lockup custody from 2010 to 2016.

This year alone, before the end of the first quarter, there were already three deaths.

This trend must stop. Death in custody is not only injustice to the victims and their families but also exposes the horrible reality of abuse of power by the authority.

Khalid has set the record as the most politicised IGP in the history of Malaysia. He will be infamously known as the IGP who even personally police the social media for political dissent.

The new IGP should “free” the police from politics and focus instead on real crimes.

The tragic case of a police officer shot dead in a police station just days before Khalid Abu Bakar retires, is indeed the consequence of the neglect in dealing with crimes in our country. This situation must literally be arrested.

When he first assumed office, Khalid had said that an investigating officer (IO) has to handle up to 19 cases a month, while an IO serving in “hot spot” areas has to handle between 20-30 cases monthly.

The overloading of work not only reduces efficiency but also endangers the lives of our police officers in the front line.

I have mentioned how the Special Branch (SB) unit, which among others, does political intelligence work, has been strengthened at the expense of the Criminal Investigation Department (CID).

The new IGP should support the Tun Dzaiddin Report on Police Reform to focus the police force on fighting crime and not non-police related tasks such as prosecution, forensic, logistical support, paramilitary operations much less persecuting political dissent. Even worse, PDRM should not be deployed as UMNO’s pak guard.

In fact, a full implementation of the recommendations in the 2005 Tun Dzaiddin Royal Commission on Police Reform is now gravely overdue and should be done without delay.

Finally, the new IGP must act without fear and favour to restore the faith of the public in the police force.

In order to do that, one of the elephants in the room must be dealt with immediately: Malaysian Official 1 (MO1)

MO1 was indicted by the US Department of Justice (DOJ) in a July 2016 forfeiture suit of USD1 billion in values of money and assets linked to 1MDB allegedly involved in money laundering.

Besides the US authorities, 1MDB is being investigated in at least six countries around the world for suspected financial crimes including money laundering.

In June 2017, the DOJ suit also revealed how money embezzled from 1MDB was used to purchase jewellery, including a pink diamond valued at about RM120 million allegedly for the wife of MO1.

Despite major investigations in the US and elsewhere worldwide, here in Malaysia, Khalid not only refused to investigate MO1 and his wife but also brushed aside the DOJ case as merely “civil proceeding”.

The new IGP must reverse this and initiate a thorough investigation on MO1 immediately.

With that, I welcome our new IGP into his office. Rest be assured the opposition bench will fully support his effort to restore professionalism and dignity back into our Royal Malaysian Police.

STEVEN SIM is the DAP MP for Bukit Mertajam.