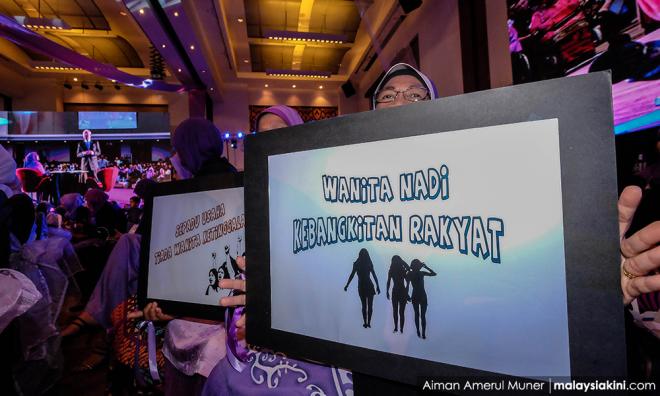 Give us two-thirds to end unilateral conversion, Najib tells women

Prime Minister Najib Abdul Razak urged women to give BN to rule with two-thirds majority if they would like to see the proposed Section 88A introduced in the Law Reform (Marriage and Divorce) Act (LRA).

Section 88A, which would have ended unilateral child conversion, was dropped from the amendments to the LRA that was passed in the last Parliament sitting.

“There are things I’d like to do, 88A and all that, but we need a two-thirds majority (in Parliament) to change the constitution… but we don’t have that.

“What we want to do is one thing, what we can do is another,” Najib said...