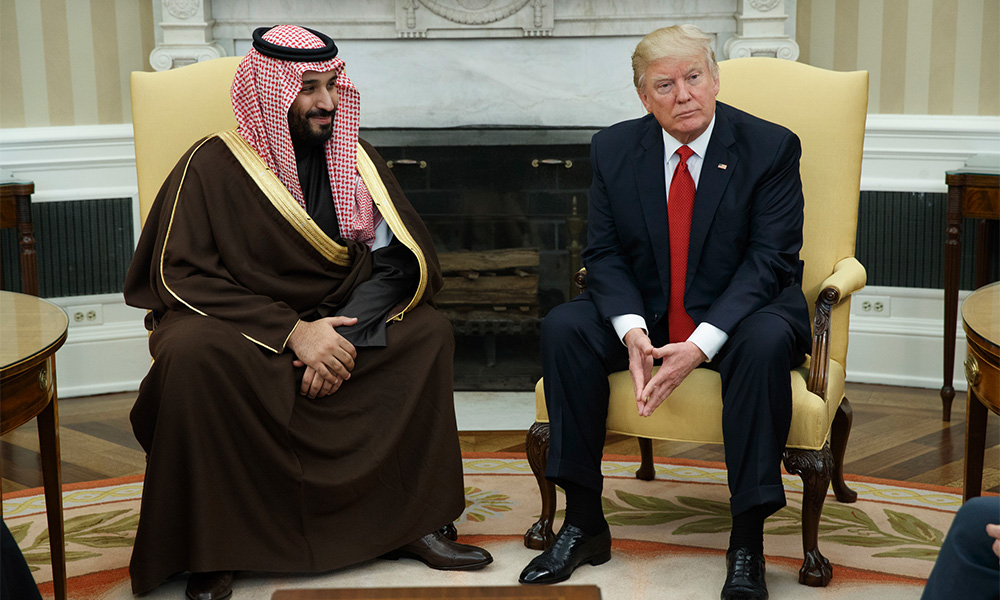 Trump told them that unity among Washington's Arab partners was essential to promoting regional stability and countering the threat of Iran, the statement said.

"The president also emphasised that all countries must follow through on commitments from the Riyadh Summit to defeat terrorism, cut off funding for terrorist groups, and combat extremist ideology," it said.

Trump told a news conference on Thursday that he would be willing to step in and mediate a dispute among the US-allied Arab states and Qatar, and said he thought a deal could come quickly.

Saudi Arabia, the UAE, Egypt and Bahrain cut diplomatic and trade links with Qatar on June 5, suspending air and shipping routes with the world's biggest exporter of liquefied natural gas, which is home to the region's biggest US military base.