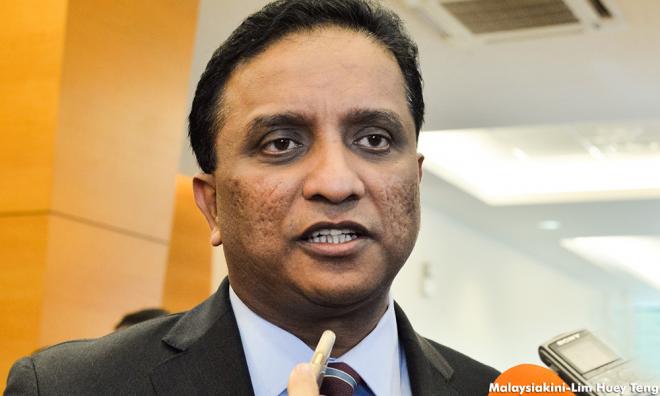 A rebuttal against claims about the PM's US visit

I am perplexed and bemused at the lack of understanding of international relations recently displayed by certain quarters in their unfounded allegations regarding Prime Minister Najib Abdul Razak’s visit to the US.

As deputy minister of foreign affairs, I feel compelled to address some of the statements made by several opposition politicians, with a view to clarifying the facts, while at the same time educating them on some of the basics of diplomatic protocol and international relations

All countries, including Malaysia, have different categorisations for visits by foreign dignitaries.

As had been made clear through a press release by the Foreign Ministry on Aug 24, the prime minister’s visit to the US on Sept 11 to 13 is a working visit, and was made upon US President Donald Trump’s invitation.

As such, there should be no reason for any party to misrepresent the nature of the visit.

Regretfully, some opposition politicians have purposely sought to mislead the rakyat by claiming the government has portrayed the visit as an official visit instead of a private visit.

If the opposition had done some more research, they would have realised that the government of Malaysia had been transparent and clear on the status of the visit since news of it first broke.

Based on contemporary US protocol, the US president may extend an invitation to a head of state or head of government for an official working visit or a working visit.

The length and components of these two categories of visits are considered on a visit-by-visit basis.

Such invitations are usually reserved for more substantive talks, and are detached from the more ceremonial elements of a state visit or an official visit.

Working visits will include a working meeting, and media involvement is not obligatory.

Notwithstanding the status of a visit, an invitation from the US president also signifies that the US as host government officially recognises the foreign dignitary, as well as the importance of the visit in the context of bilateral relations.

In contrast, a private visit occurs when a head of state or head of government arrives in the US without an invitation from the US president. A private visit does not include a visit to the White House.

Upon their arrival at US Air Force Joint Base Andrews, the prime minister and wife Rosmah Mansor were accorded full courtesies commensurate for a working visit.

At the White House, the prime minister was warmly received President Trump himself upon the former’s arrival.

Both leaders met for 20 minutes in the historic Oval Office, accompanied by their most senior diplomats.

This was followed by a 40-minute delegation meeting in the Cabinet Room, of which around five minutes of the open session was widely covered by the US and international media.

This demonstrates the US’s high regard to the prime minister and his delegation.

The events at Joint Base Andrews and the White House were thus very much in line with US protocol for working visits.

The prime minister was also personally sent off by President Trump when departing from the White House, in line with the president’s own wishes.

This is a departure from protocol that somehow certain opposition politicians fail to factor in.

By the same measure, the opposition’s claim that the visit was a private visit because the prime minister did not reside in Blair House is also misleading.

Blair House is offered by the US president for foreign dignitaries on state, official or official working visits.

However, past practice has seen several leaders decline to stay there during their visits for various reasons, including Indian Prime Minister Narendra Modi.

At least one foreign leader had also used the Trump International Hotel for accommodation during his working visit to Washington DC earlier this year.

Najib has been consistent in strengthening US-Malaysia relations ever since he took office as prime minister, regardless of who is occupying the White House.

It should also be noted that the then US President Barack Obama visited Malaysia twice.

This, and the fact that this visit occurred less than a year after President Trump took office are demonstrations of the importance that the US attaches to Malaysia and the warmth of our bilateral relations, a far cry from the days of a certain former prime minister.

Thus, it can only be concluded that the unwarranted attacks on the prime minister reflect the shallow-mindedness of those who made these allegations with their simplistic understanding of our bilateral relations with the US.

Going forward, I would suggest that future comments and observations on how the prime minister conducts Malaysia’s foreign policy are made based on facts, and not conjecture.