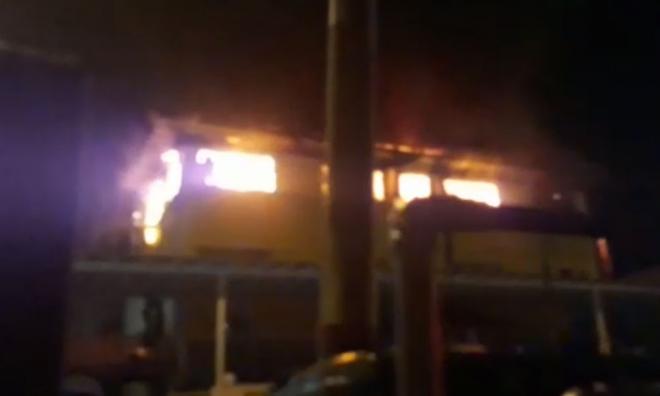 The National Institute of Occupational Safety and Health (Niosh) has been invited to be part of a task force to coordinate safety aspects at all residential tahfiz or Islamic religious schools.

Deputy Prime Minister Ahmad Zahid Hamidi, who is also the home minister, said the Education Ministry should not be alone in looking into the safety aspects at these schools. 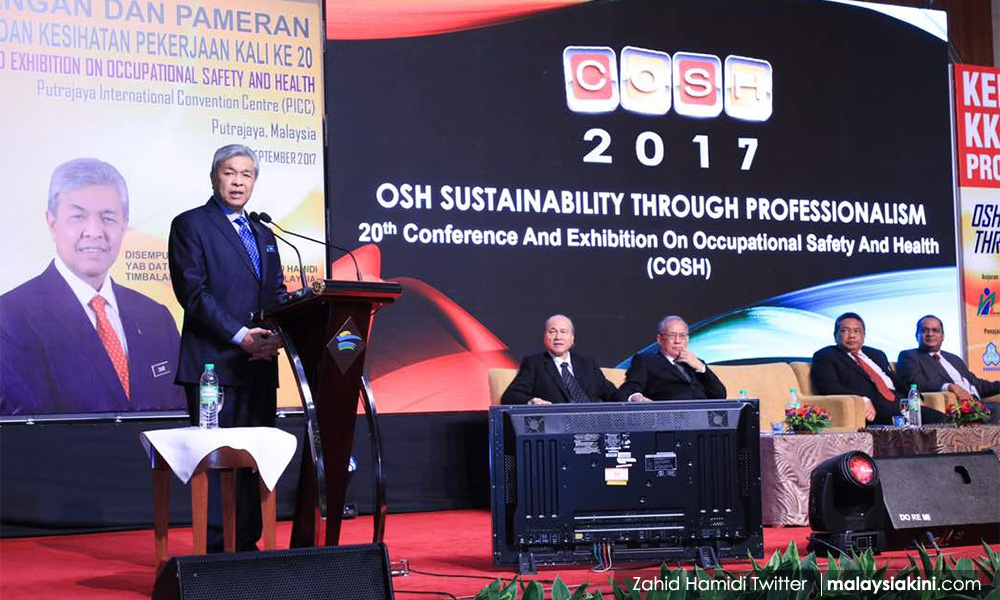 Stressing that a fire incident like at the Darul Quran Ittifaqiyah residential school on Jalan Keramat Hujung – in which 23 people perished, including 21 pupils – must not recur, Zahid said Niosh, which had the expertise in occupational safety and health, should be given an important role to play in seeing to the safety of such schools.

"We want the children at these schools to be safe and have a high level of health.

"Don’t forget that the teachers and other staff at these schools are also part of us,” Zahid said when opening the 20th Conference and Exhibition on Occupational Safety and Health in Putrajaya today.

Zahid said although the Royal Commission of Inquiry on the Pondok Pak Ya fire incident in Pendang, Kedah in which 28 people lost their lives, had made recommendations, these were not followed.

However, he said, despite the fire at the Pusat Tahfiz Darul Quran Ittifaqiyah having caused by arson, safety aspects at this residential religious school needed to be looked into.

"I myself had gone to the scene of the incident, where the students’ sleeping area had iron grilles and there was no escape exit. This (tragedy) was what happened when safety was not given priority," he said.

Zahid stated that the federal government did not wish to interfere in the running of tahfiz schools which came under the purview of the respective state Islamic religious departments, but the formation of the special task force was necessary to ensure the safety standards set were met by these religious schools.

“The task force is set up out of concern that such a fire incident will not happen again. The task force will propose that Niosh assist schools including tahfiz schools,” he said.

Niosh chairman Lee Lam Thye, when met after the opening ceremony, said Niosh was prepared to cooperate and give input to the task force, and among its proposals would be to make it compulsory for all schools to form an occupational safety and health (OSH) committee each, comprising the school management including the principal, teachers as well as students’ representatives.

He said this was because schools were also viewed as workplaces that were bound by the Occupational Safety and Health Act 1994, which provided for premises with 40 or more staff to form an OSH committee.

"This committee is involved in discussing all matters related to safety and health, as the ‘Safe School’ approach does not only revolve around the issues of discipline, crime, bullying and so on, but also safety aspects, including of the school buildings and hostels, equipment and other facilities.

“School buildings which are 20 years old and above should be audited each year to ensure the buildings and equipment are safe for use,” he said.

In this respect, Lee said Niosh had the expertise to develop modules that would be more encompassing, besides preparing a special manual and standard form which could be used by the teachers or safety and health officers to easily carry out the audit.

He said Niosh had also implemented the “OSH in School” programme in over 50 schools to promote awareness of the importance of the culture of occupational safety and health among teachers, support staff and students at an early stage.