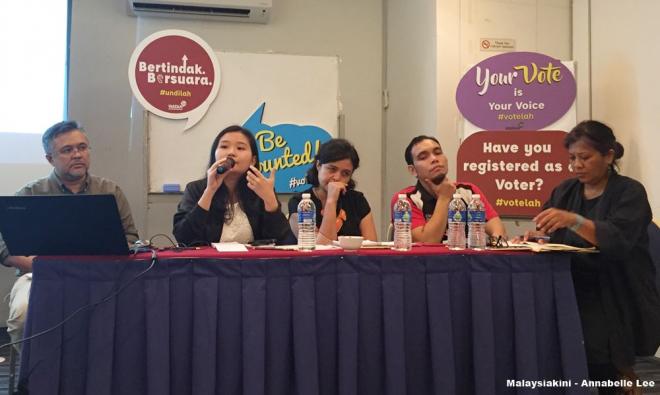 Opposition fails to capitalise on discontent among the youth

Despite being highly dissatisfied with the BN government, polls show that the youth in the country are also dispirited with the political system as a whole - perhaps pointing to the failure of the Opposition to present a formidable alternative to capture their imagination.

The recent National (Youth) Opinion Survey conducted by opinion research firm Merdeka Center asked youths how satisfied or dissatisfied they were with the performance of the BN federal government, to which two-thirds - 67 percent - answered that they were dissatisfied.

Only 24 percent said they were satisfied with the government’s performance.

High dissatisfaction rates were registered by respondents across race, urban and rural divides as well as between those registered to vote and those not registered.

The survey, which looked at perceptions of the youth towards the economy, leadership and current issues, also asked respondents about their attitudes towards politics and found that an overwhelming majority (70 percent) were not interested in politics while a similar number of them (71 percent) felt they did not have any influence on the government of the day.

Some 75 percent of them felt that politics was “too complicated” for them to understand while more than half (54 percent) felt that most politicians did not care about the people...