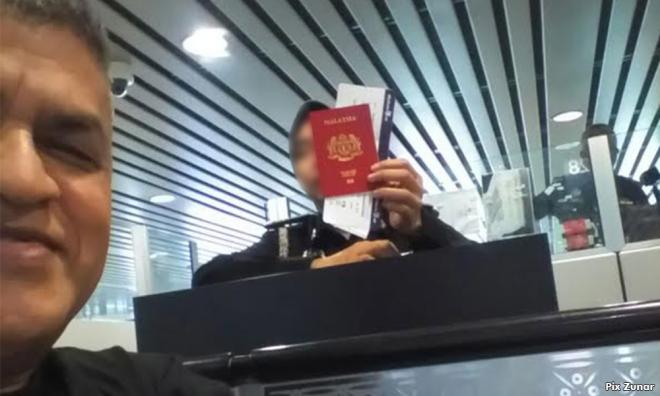 The effort to preserve harmony in a diverse society should not imply silence on issues that are deemed “sensitive”, said UN special rapporteur on cultural rights Karima Bennoune.

While acknowledging that cultural governance in a diverse society like Malaysia can be challenging and requires a considered approach, she said it also affords great potential.

“Efforts to build unity on a foundation of diversity are vital, and yet harmony cannot imply silence about issues deemed ‘sensitive,’ a term the special rapporteur heard repeatedly.

“She thinks that it is important to continue to centre the notion of inclusion of all of Malaysia’s cultures, religions and traditions on an equal footing, in accordance with international standards, rather than painting some as ‘others’ which are merely ‘allowed,’ a phrase which she also heard,” she said in her preliminary report following her visit to Malaysia.

She had been in the country between Sept 11 until yesterday at the invitation of the Malaysian government, during which she said she had met 62 government agencies, and various civil society groups and activists.

This included visits in Kuala Lumpur, Kelantan, and Sarawak.

Her findings will be reported to the UN Human Rights Council after obtaining responses from the Malaysian government.

In her report, she said cultural officials had repeatedly expressed their commitment and pride in Malaysia’s diversity, which she said she appreciates.

She said she is also pleased that culture is seen as an important part of Malaysia’s culture, and lauded various government programs to promote and preserve it.

However, Bennoune also urged that the government review and clarify its criteria for censoring or banning books and films, and make the decision-making process more transparent in order to safeguard cultural rights including the freedom of artistic expression.

“Terms like ‘controversial’ or ‘sensitive’ are too subjective to conform to international standards on freedom of expression,” she noted.

She also urged the government to drop nine sedition charges against the cartoonist Zulkiflee Anwar Ul-Haque, who is also known as Zunar, and lift the travel ban against him.

“When his trial commences next week, the special rapporteur (Bennoune) and other UN human rights experts will be following the developments closely.

“The Malaysian government needs to develop concrete plans to guarantee freedom of artistic expression,” she said.

Zunar was charged with sedition on April 3, 2015, for nine tweets regarding the outcome of Anwar Ibrahim’s Sodomy II trial.

He is out of bail but was slapped with a travel ban despite still being in possession of his passport.