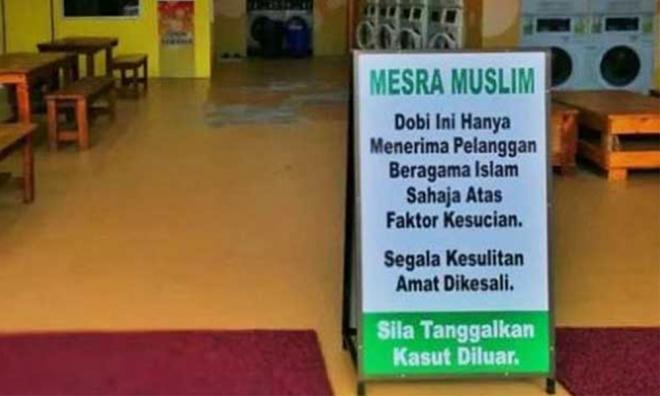 The operator of a Muslim-only laundrette in Muar, Johor, has denied that he is racist.

The laundrette operator, who declined to be named, instead insisted that he only wants to ensure that cleanliness can be maintained at all times.

“If we look at the issue from an Islamic perspective, cleanliness is very important to us and something we must strive for at all times," he is quoted as saying by Free Malaysia Today (FMT).

The laundrette operator also pointed out how 95 percent of his clientele are Muslims.

"Non-Muslims are not being deprived of a choice as there are a few other laundrettes in the area which they can go to...