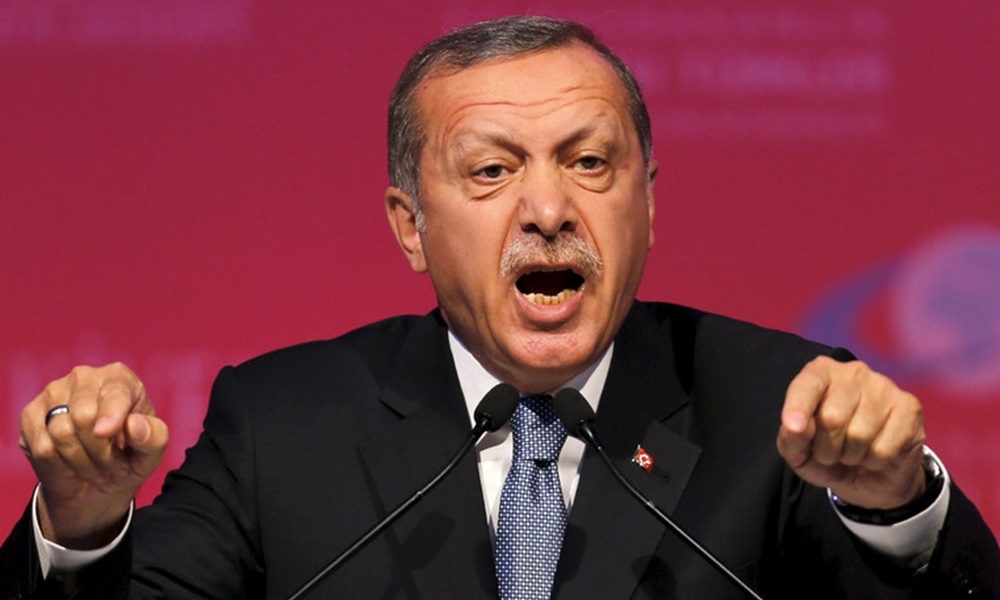 The Iraqi government ruled out talks on possible secession for Kurdish-held northern Iraq on Tuesday and Turkey threatened to choke it off, after a referendum on independence there showed strong support for a split.

Celebrations continued until the early hours of Tuesday in Erbil, capital of the Kurdish region, which was lit by fireworks and adorned with Kurdish red-white-green flags. People danced in the squares as convoys of cars drove around honking their horns.

The referendum has fuelled fears of a new regional conflict. On Tuesday, Turkey, which has fought a Kurdish insurgency within its borders for decades, reiterated threats of economic and military retaliation.

Kurdistan Regional Government (KRG) President Masoud Barzani says the vote is not binding, but meant to provide a mandate for negotiations with Baghdad and neighbouring countries over the peaceful secession of the region from Iraq.

But Iraq’s opposition to Kurdish independence did not waver.

“We are not ready to discuss or have a dialogue about the results of the referendum because it is unconstitutional,” Iraqi Prime Minister Haider al-Abadi said in a speech on Monday night.

The Kurds held the vote despite threats to block it from Baghdad, Iraq’s powerful eastern neighbour Iran, and Turkey, the region’s main link to the outside world.

“This referendum decision, which has been taken without any consultation, is treachery,” Turkish President Recep Tayyip Erdoğan said, repeating threats to cut off the pipeline that carries hundreds of thousands of barrels of oil a day from northern Iraq to global markets.

Oslo-based broker Sparebank 1 Markets said oil companies could sell some oil locally if exports were blocked but their revenues would take a hit.

Iraqi Kurds – part of the largest ethnic group left stateless when the Ottoman empire collapsed a century ago – say the referendum acknowledges their contribution in confronting Islamic State after it overwhelmed the Iraqi army in 2014 and seized control of a third of Iraq.

Voters were asked to say “yes” or “no” to the question: “Do you want the Kurdistan Region and Kurdistani areas outside the (Kurdistan) Region to become an independent country?”

With 30 million ethnic Kurds scattered across the region, mainly in Iraq, Iran, Turkey and Syria, governments fear the spread of separatism to their own Kurdish populations.

Iraqi soldiers joined Turkish troops for military exercises in southeast Turkey on Tuesday near the border with Iraq’s Kurdistan region.

The US State Department said it was “deeply disappointed” by the KRG’s decision to conduct the referendum but added that Washington’s “historic relationship” with the people of the Iraqi Kurdistan Region would not change.

Iran announced a ban on direct flights to and from Kurdistan on Sunday, while Baghdad asked foreign countries to stop direct oil trading with the Kurdish region and demanded that the KRG hand over control of its international airports and border posts with Iran, Turkey and Syria.

Tehran supports Shiite Muslim groups that have ruled or held security and government positions in Iraq since the US-led invasion that toppled Saddam Hussein in 2003.

Syria, embroiled in a devastating civil war and whose Kurds are pressing ahead with their own self-determination, rejected the referendum.

KRG Prime Minister Nechirvan Barzani said he hoped to maintain good relations with Turkey. “The referendum does not mean independence will happen tomorrow, nor are we redrawing borders,” he said in Erbil on Monday. “If the ‘yes’ vote wins, we will resolve our issues with Baghdad peacefully.”

British Foreign Secretary Boris Johnson reiterated London’s opposition to the vote, urging ”all sides to refrain from provocative statements and actions in its aftermath.

“The priority must remain the defeat of Daesh and returning stability to liberated areas,” he added, a reference to IS militants who continue to control parts of Iraq and Syria, including a pocket west of Kirkuk.