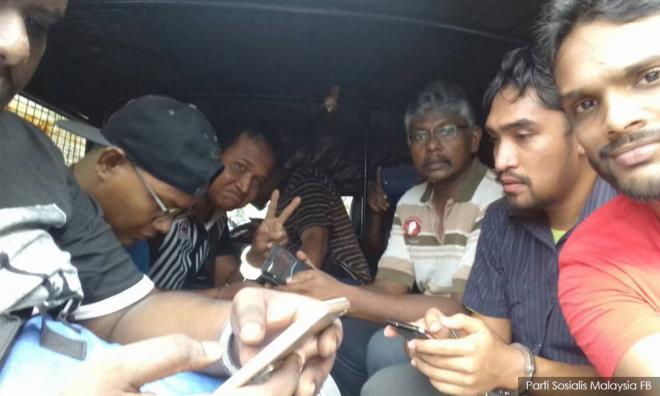 Nine Parti Sosialis Malaysia (PSM) members were arrested this morning in connection with a protest against the demolition of three houses and two shophouses located near the Sultan Abdul Aziz Shah Airport, Subang.

PSM secretary-general A Sivarajan, who was among those arrested, told Malaysiakini that the demolition ordered by Malaysian Airports Holdings Bhd (MAHB) took place around 11am today.

The demolition of the houses, occupied by former airport mosque committee members, was carried out by authorities from the Petaling District and Land Office and the Shah Alam City Council.

“We started gathering at around 7am and tried to negotiate with the authorities. They didn’t listen and the demolition went on anyway,” Sivarajan said...