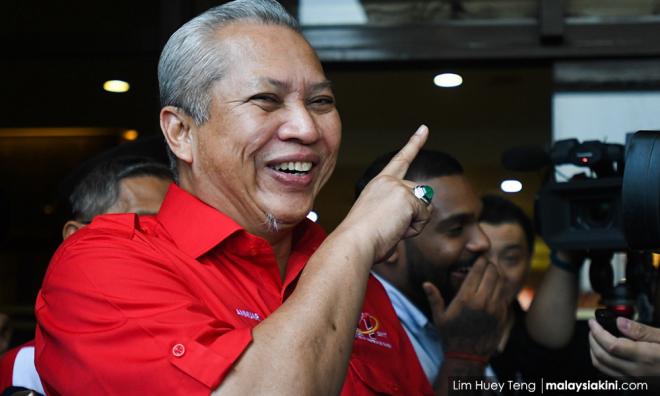 COMMENT | In the lottery game in which a Malaysian politician can sometimes grab more than his 15-minute share of Warholian fame, Annuar Musa drew a presciently good ticket at the 1983 Umno general assembly when he clashed with Dr Mahathir Mohamad, the then party president and prime minister.

In venting some frustration about Mahathir's leadership in the days when airing such grouses was allowed at the party's annual confab, the young delegate from Kelantan quoted Brutus' rationalisation of his part in the assassination of Julius Caesar: “It's not that I loved Caesar less, but I loved Rome more.”

With his hard-nosed view of human nature, Mahathir was quick to remind delegates that it was Brutus who backstabbed Caesar, and that love of Rome was just a fig leaf for the tribune's treachery.

That unsentimental take did not spook Annuar's rise to the upper echelons of the party, which the man himself contrived to assist by staying loyal through the subsequent years of party turbulence when his sometime patron, Tengku Razaleigh Hamzah, led dissidents to form Semangat 46.

So that today when the Umno information chief tells the party faithful at town hall meetings like the recent one in Balik Pulau, Penang, that he has been with Umno for 40 years, 31 of which was as a divisional chief, there is the feeling that, like steel, his loyalty has been burnished by fire.

You don't think of his patriotism, as Samuel Johnson suggested, as the last refuge of the scoundrel; in Annuar's case, he can make his longevity in Umno sound like it is proof against Brutus-like flights into divisive abstraction...