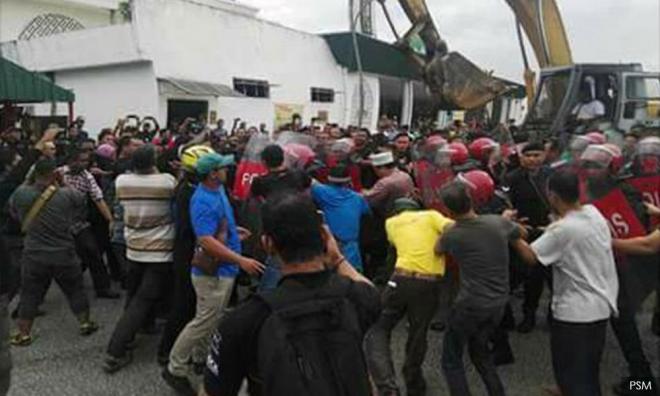 Azmin: It's Noh Omar who should have stopped demolition with phone call

Under fire for allegedly failing to stop the demolition of three houses and two shophouses near the Sultan Abdul Aziz Shah Airport on Wednesday, Selangor Menteri Besar Mohamed Azmin Ali today claimed that the issue was out of the state's jurisdiction.

"Ask him to follow the law. The land belonged to the federal government.

"He should be the one to make the call," Azmin told reporters in Puchong when asked for a response to Urban Wellbeing, Housing and Local Government Minister Noh Omar's criticisms against his handling of the issue.

Noh had on Thursday said that Azmin, as the state’s top authority, could have easily stopped the demolition by making just one phone call...