MP SPEAKS | The suffix “-nomics” is a popular media term to denote a certain type of economic idea or just a form of ridicule against political rhetoric.

“Najibnomics” is an attempt to show off Najib’s set of clearly articulated economic ideas to drive the nation forward. But is it even real?

On Oct 27, 2017, Prime Minister Najib Abdul Razak in his role as finance minister will present his ninth Budget to the Parliament.

I will release several “pre-Budget commentaries” in the lead-up to the Budget to explain issues close to my heart which I consider important for the nation.

Najib took over from Abdullah Ahmad Badawi as finance minister following a tense negotiation on Sept 17, 2008.

The only time Najib was close to articulating a framework was during the launch of the now defunct “New Economic Model” on March 31, 2010, a year into his prime ministership. 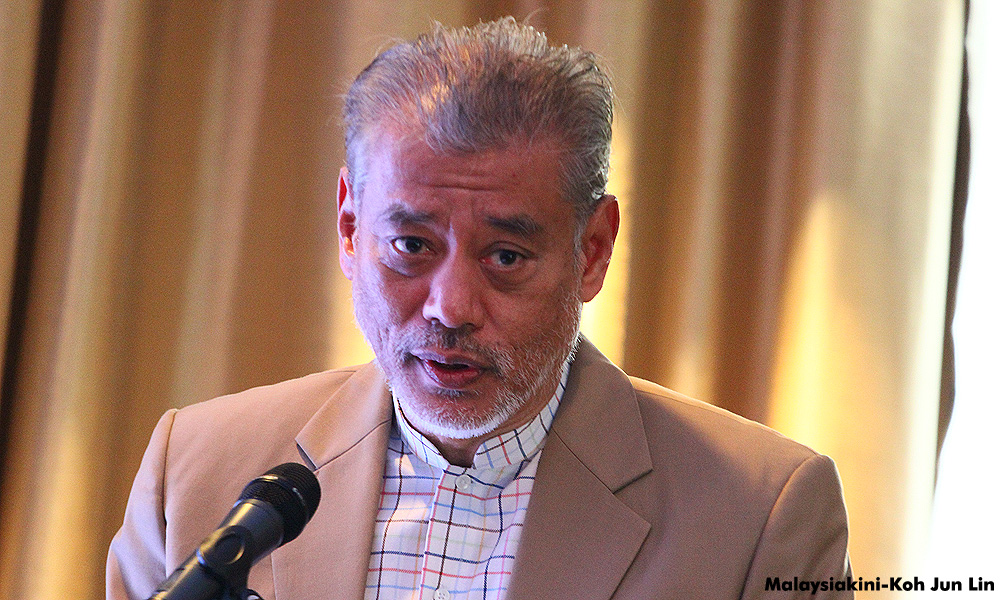 In a recent interview with Malaysiakini, Professor KS Jomo (photo) had this to say about the New Economic Model:

“Let us be clear about this. The New Economic Model, or NEM, is really a wishlist of economic reforms desired from an essentially neo-liberal perspective. That does not mean it is all good or all bad. It contains some desirable reforms, long overdue due to the accumulation of excessive, sometimes contradictory regulations and policies.

"Although the NEM made many promises and raised expectations, most observers would now agree that it has rung quite hollow in terms of implementation despite its promising rhetoric. As we all know, the NEM was dropped soon after it was announced for political reasons, and has never been the new policy framework it was expected to be.”

I share Jomo’s sentiment that NEM was more or less a wishlist from the neo-liberal perspective. But at least there was a plan.

Three key takeaways from NEM are worth noting.

First, Malaysia could no longer depend on just capital investments, be it foreign or local, or having more foreign unskilled labour. What is required is productivity through innovation.

Second, social inclusiveness was one of the three key pillars in the NEM. The other two being “high income" and "sustainability”.

“Inclusiveness” is World Bank’s shorthand for “inequality”. Even in 2010, it has been identified that inequality is one of the major concerns that the Malaysian economy has to confront.

Third, NEM argues that more economic decision-making powers should be devolved to state and local governments, and not concentrated in the hands of the central government.

Worse still, economic decisions are increasingly concentrated in the hands of Najib himself, bypassing the cabinet entirely.

The key recommendations of NEM are listed as follow:

Not that I agree with NEM entirely, but, again, there was a framework and a plan.

Less than three months after the launch of NEM, Najib presented the 10th Malaysia Plan, prepared by the Economic Planning Unit of the Prime Minister’s Department, in June 2010.

NEM was prepared by a group of senior economists with relatively broad-based consultations with the wider society.

The Malaysia Plan has become a bureaucratic routine. The two documents – NEM and the 10th Malaysia Plan – did not seem to "talk" to each other.

Najib has no conviction. He has no clear idea of which ideas to adopt. As soon as NEM was launched, it was shuttered prematurely – after protests by some right-wing Malay groups.

While NEM was ostensibly killed by right-wing groups, the actual killer was Idris Jala’s Performance Management and Delivery Unit (Pemandu).

Between 2009 and 2011, Najib was telling the investor community that he intended to "liberalise" the Malaysian market, with rules for some 27 sectors relaxed.

Beyond that, he neither articulated any coherent economic ideas nor pushed for significant reforms apart from proposing a minimum wage and the cash handout programme 1Malaysia People's Aid (BR1M). 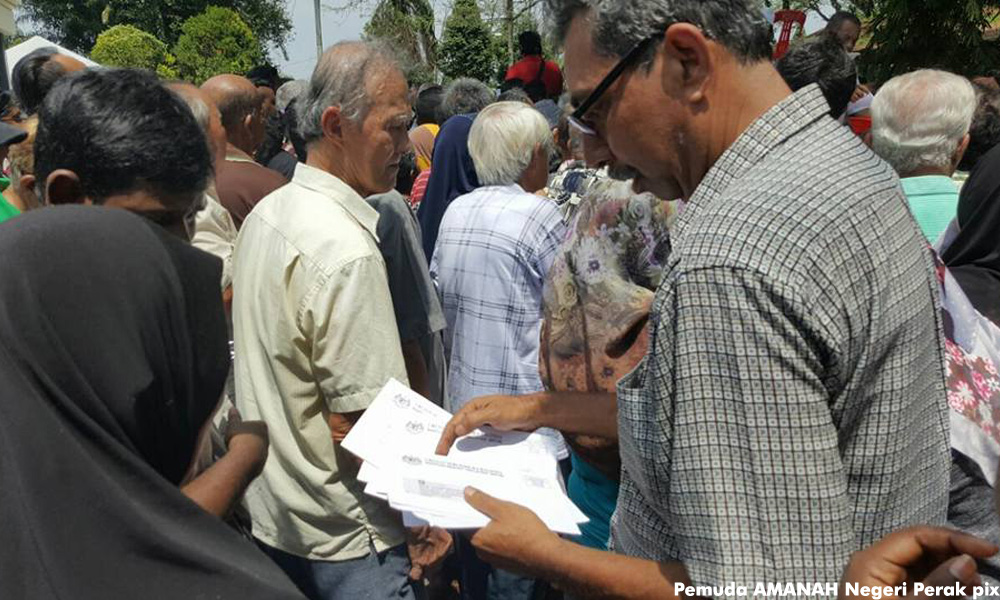 The opposition and the trade unions had long called for the implementation of the minimum wage. Najib agreed to implement minimum wage in the hope to take the sails out of the opposition’s wind.

BR1M was even more interesting. The then Pakatan Rakyat policy committee, of which I was a member, announced in July 2011 that it planned to focus the "bottom 60 percent" with a comprehensive set of economic reforms.

Post-May 2013 general election, the prime minister’s focus was on pacifying the rating agencies.

The emerging markets suffered sudden currency slides in May and June 2013 in what was termed a "taper tantrum" as the US Federal Reserve indicated its intention to scale back monetary easing.

Rating agencies panicked and started to look at the weaknesses of Asian economies.

Najib’s knee-jerk reaction was to form a “fiscal policy committee” which has a membership almost identical with the weekly “Majlis Ekonomi” (Economic Council) meeting that bypasses the proper full cabinet deliberation on economic matters.

The fiscal policy committee committed to keeping the deficit at three percent and eventually achieving a balanced budget in 2020.

To this end, subsidies were cut, government services were slashed and the Goods and Services Tax (GST) was recommended in the 2014 budget speech (presented in 2013, the first Budget after the last general election). 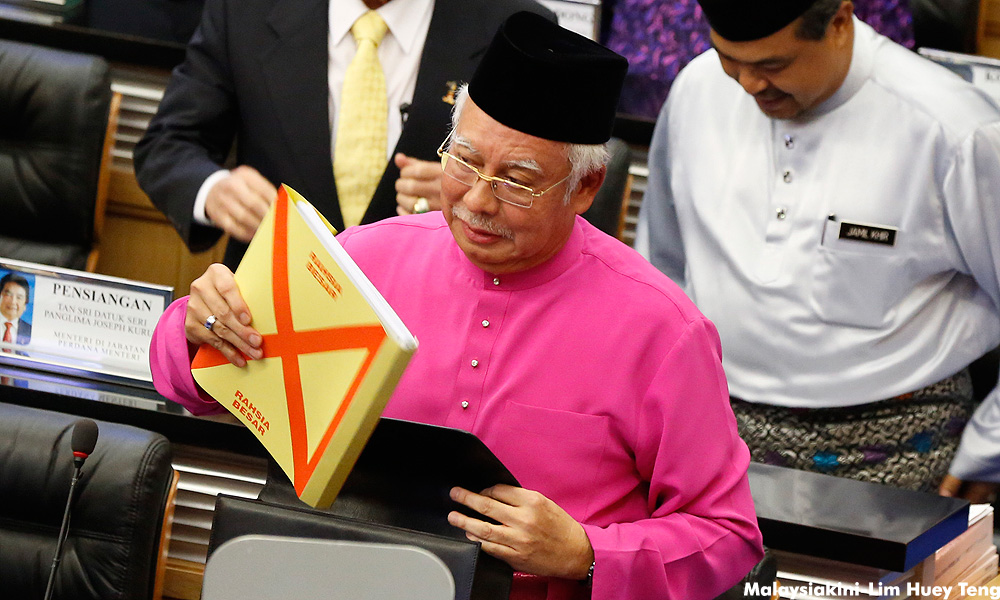 From then on, Najib’s economic policies were reduced to ensuring that the rating agencies were happy and the government has sufficient revenue to pay for its excesses. Nothing about refashioning the economy or any long-term vision.

It’s all about Najib’s survival

The year 2015 was probably Najib’s annus horribilis. Oil prices dropped dramatically since October 2014, and as a consequence, the ringgit plunged too.

From March 2015 onwards, details of the 1MDB scandal emerged and subsequently, in July 2015, details about the “donation” into Najib’s personal account surfaced.

In September 2015, in order to deal with the trust deficit, a special economic committee (JKE), which included Nazir Razak (right in photo), Najib’s respected banker brother, was formed to advise the government on economic policies. 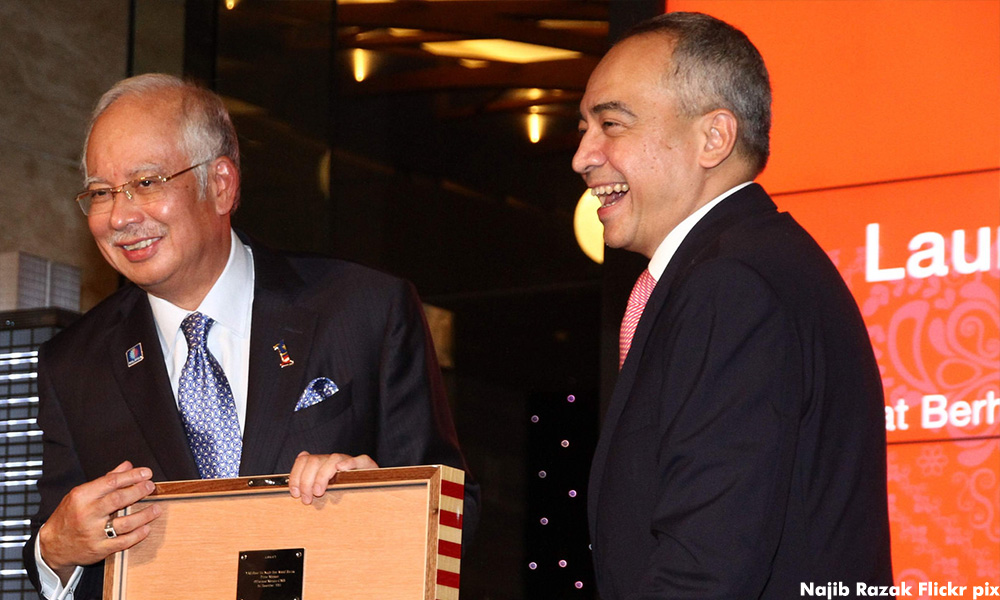 There is reason to believe that the JKE no longer meets. Even if it has met, Najib has no time for any views. By now, it is about his survival and nothing else.

Since late 2015, the government has decided on the propaganda line that the Malaysian economy is doing very well under Najib, and whoever claims otherwise is bordering on economic treason or sabotage.

The government is no longer prepared to listen to the grouses of ordinary Malaysians who suffered the triple blows of GST implementation, the stiff depreciation of ringgit and government austerity (cuts to subsidies, health, welfare and education funding).

"There is no crisis!" So Najib and his associates believe. There are even court jesters who sing praises of the wonders of "Najibnomics".

But just like the emperor with no clothes, at some point, probably at the ballot box, the voters will call his bluff.

By then, perhaps many of us will realise that Najib has had no serious economic policy for the past nine years as finance minister and more than eight years as prime minister.

In the end, it’s all about "Nothing-nomics".