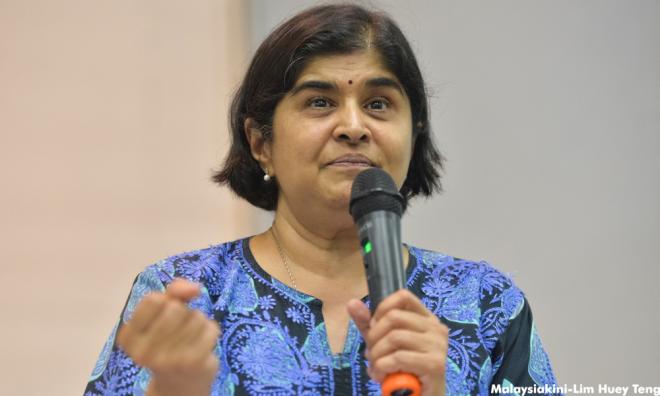 Ambiga: Critics seeking to persecute me in M'sia over UK suit

Ambiga Sreenevasan has accused her critics of attempting to persecute her with regard to Sarawak Report editor Clare Rewcastle-Brown naming her as the source for an article which suggested PAS received some RM90 million from Prime Minister Najib Abdul Razak.

The former Bar Council chairperson said it was "highly unusual and irregular" for PAS president Abdul Hadi Awang's followers, allies and the media to attack her based on "two paragraphs" from Rewcastle-Brown's defence statement.

"(They) are seeking to conduct a mini-trial or persecution in Malaysia on the two paragraphs of the defence that mention my name...