Saudi Arabia's future king has tightened his grip on power through an anti-corruption purge by arresting royals, ministers and investors, including billionaire Alwaleed bin Talal who is one of the kingdom's most prominent businessmen.

Prince Alwaleed, a nephew of the king and owner of investment firm Kingdom Holding, invests in firms such as Citigroup and Twitter. He was among 11 princes, four ministers and tens of former ministers detained, three senior officials told Reuters on Sunday.

Former Riyadh Governor Prince Turki bin Abdullah (photo), the seventh son of the late King Abdullah bin Abdulaziz, who ruled Saudi Arabia from 2005 until his death in 2015. was among those arrested. 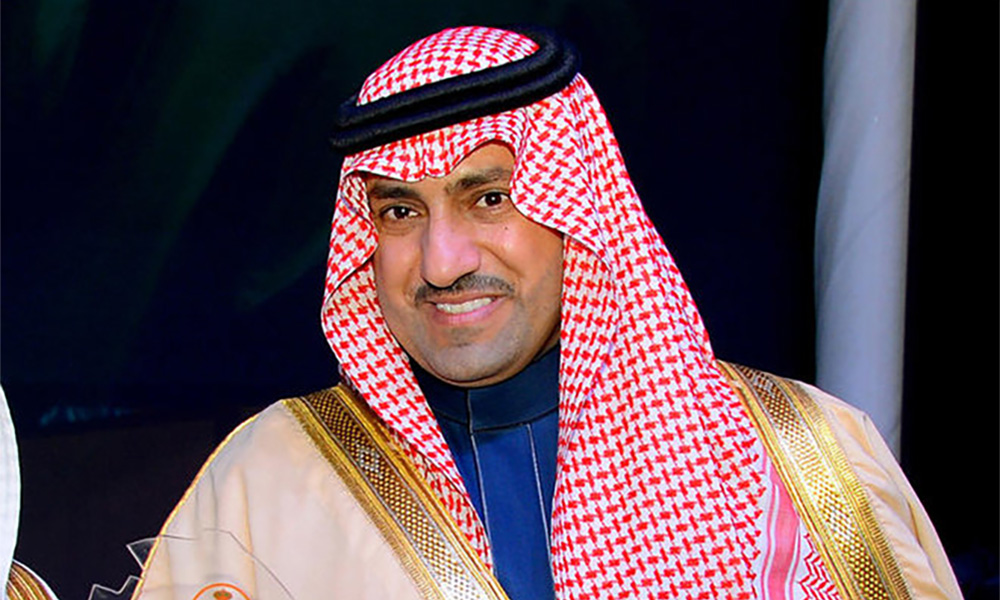 Prince Turki is the co-founder of oil-services company PetroSaudi which is linked to Malaysia’s 1MDB scandal. He is allegedly the “donor” of the billions of ringgit that went into Prime Minister Najib Razak’s personal bank account.

The purge against the kingdom's political and business elite also targeted the head of the National Guard Prince Miteb bin Abdullah who was detained and replaced as minister of the powerful National Guard by Prince Khaled bin Ayyaf.

News of the purge came early on Sunday after King Salman decreed the creation of an anti-corruption committee chaired by Crown Prince Mohammed bin Salman, his 32-year-old favourite son who has amassed power since rising from obscurity three years ago.

The new body was given broad powers to investigate cases, issue arrest warrants and travel restrictions, and seize assets.

"The homeland will not exist unless corruption is uprooted and the corrupt are held accountable," the royal decree said.

Analysts say the arrests were another pre-emptive measure by the crown prince to remove powerful figures as he exerts control over the world's leading oil exporter.

The round-up recalls the palace coup in June through which he ousted his elder cousin, Mohammed bin Nayef, as heir to the throne and interior minister. 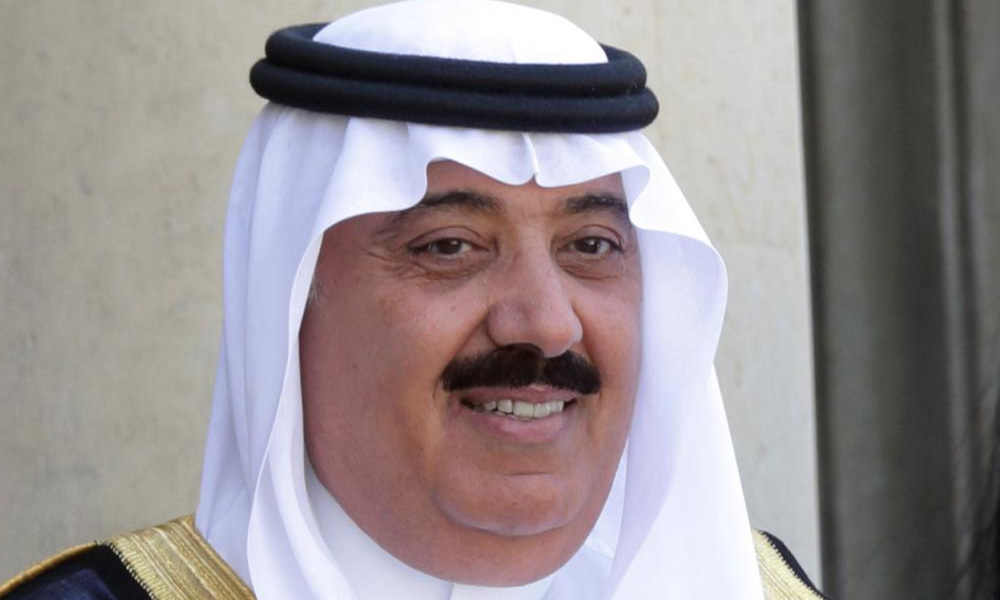 MbS, as he is known, was expected to follow at least by removing Prince Miteb (photo) from the leadership of the National Guard, a pivotal power-base rooted in the kingdom's tribes.

Over the past year, MbS has become the ultimate decision-maker for the kingdom's military, foreign, economic and social policies, causing resentment among parts of the Al Saud dynasty frustrated by his meteoric rise.

Saudi Arabia's stock index was dragged down briefly but recovered to close higher as some investors bet the crackdown could bolster reforms in the long run.

The royal decree said the arrests were in response to "exploitation by some of the weak souls who have put their own interests above the public interest, in order to, illicitly accrue money."

The line between public funds and royal money is not always clear in Saudi Arabia, an absolute monarchy ruled by an Islamic system in which most law is not systematically codified and no elected parliament exists.

WikiLeaks cables have detailed the huge monthly stipends that every Saudi royal receives as well as various money-making schemes some have used to finance lavish lifestyles.

Analysts said the purge aimed to go beyond corruption and aimed to remove potential opposition to Prince Mohammed's ambitious reform agenda which is widely popular with Saudi Arabia's burgeoning youth population but faces resistance from some of the old guard more comfortable with the kingdom's traditions of incremental change and rule by consensus.

In September, the king announced that a ban on women driving would be lifted, while Prince Mohammed (photo) is trying to break decades of conservative tradition by promoting public entertainment and visits by foreign tourists. 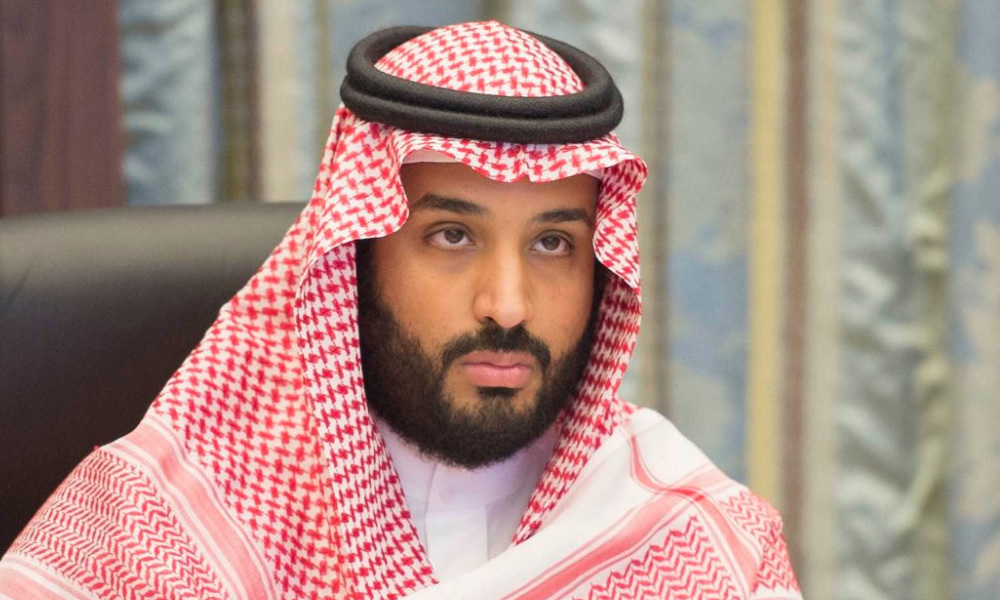 The crown prince has also slashed state spending in some areas and plans a big sale of state assets, including floating part of state oil giant Saudi Aramco on international markets.

Prince Mohammed also led Saudi Arabia into a two-year-old war in Yemen, where the government says it is fighting Iran-aligned militants, and a row with neighbouring Qatar, which it accuses of backing terrorists, a charge Doha denies.

Detractors of the crown prince say both moves are dangerous adventurism.

The most recent crackdown breaks with the tradition of consensus within the ruling family, wrote James Dorsey, a senior fellow at Singapore's S Rajaratnam School of International Studies.

"Prince Mohammed, rather than forging alliances, is extending his iron grip to the ruling family, the military, and the National Guard to counter what appears to be more widespread opposition within the family as well as the military to his reforms and the Yemen war," he said.

Scholar Joseph Kechichian said the interests of the Al Saud, however, would remain protected.

"Both King Salman and heir apparent Mohammed bin Salman are fully committed to them. What they wish to instil, and seem determined to execute, is to modernise the ruling establishment, not just for the 2030 horizon, but beyond it too," he said.

Many ordinary Saudis praised the crackdown as long-awaited.

Other detainees include former Finance Minister Ibrahim al-Assaf, a board member of national oil giant Saudi Aramco; ousted Economy Minister Adel Fakieh, who once played a major role in drafting MbS' reforms; and Khalid al-Tuwaijiri, who headed the Royal Court under the late King Abdullah.

People on Twitter applauded the arrests of certain ministers with some comparing them to "the night of the long knives", a violent purge of political leaders in Nazi Germany in 1934.

At least some of the detainees were held at the opulent Ritz-Carlton hotel in the diplomatic quarter of Riyadh, said sources in contact with the government and guests whose plans had been disrupted. 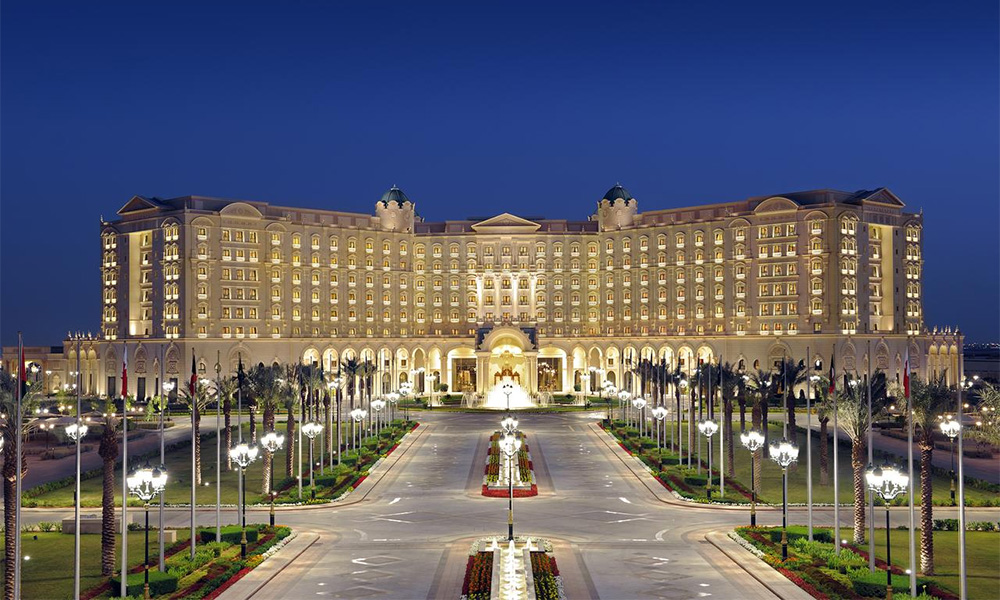 The hotel's exterior gate was shuttered on Sunday morning and guards turned away a Reuters reporter, saying it had been closed for security reasons, though private cars and ambulances were seen entering through a rear entrance.

The hotel and an adjacent facility were the sites of an international conference promoting Saudi Arabia as an investment destination just 10 days ago, attended by at least one of those now being held for questioning.

The detentions follow a crackdown in September on political opponents of Saudi Arabia's rulers that saw some 30 clerics, intellectuals and activists detained.

Prince Alwaleed, a flamboyant character, has sometimes used his prominence as an investor to aim barbs at the kingdom's rulers.

In December 2015, he called then-US presidential candidate Donald Trump a "disgrace to all America" and demanded on Twitter that he withdraw from the election.

Trump responded by tweeting: "Dopey Prince @Alwaleed_Talal wants to control our US politicians with daddy’s money. Can't do it when I get elected."

His father, Prince Talal, is considered one of the most vocal supporters of reform in the ruling Al Saud family, having pressed for a constitutional monarchy decades ago.