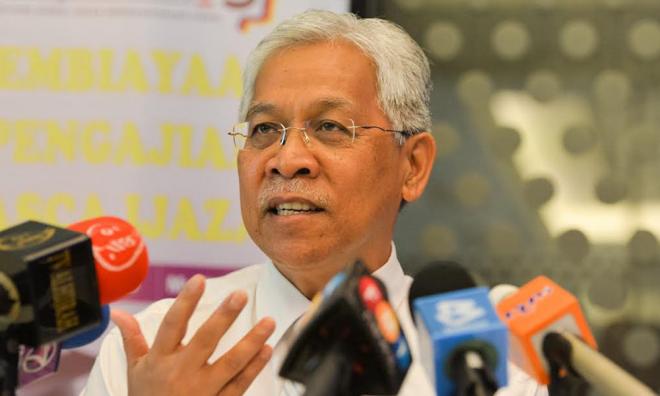 Since the introduction of the preliminary screening, he said, there had been fewer dubious applications and less crime committed by international students in Malaysia.

“During the screening we look at the student’s application; if they are not qualified or are in Interpol’s list, they cannot enter our universities,” he told reporters after completing the five-kilometre MQA Run 2017, in conjunction with the Malaysian Qualifications Agency’s 10th anniversary in Cyberjaya today.

Idris said the ministry filtered the students based on the National Blue Ocean Strategy, while the police and immigration department had their own pool of information and methods.

Meanwhile, he said MQA was awarded the Malaysian Standards (MS) ISO 37001:2016 certification for Anti-bribery Management System because it practised integrity and implemented every programme and service in a transparent manner.

"The certification proves that we are serious in ensuring that the aspects of integrity, transparency and sincerity are present in our agencies,” he said.

On the MQA Run 2017, he said the programme was to encourage the public to practise a healthy lifestyle as well as to enlighten participants on the MQA’s role and importance of accreditation.