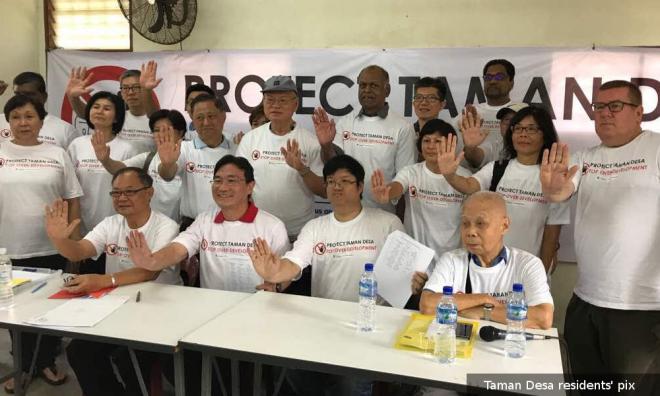 Taman Desa residents have ramped up their objections to a proposed development, pointing out that the site was once earmarked as a green lung.

The proposed development, known as "The Address" comprises three condominium blocks between 32 to 42 storeys tall.

Despite this, Khong said that the residents’ concerns had not been addressed by Kuala Lumpur City Hall (DBKL) officials at the session.

He noted that no subsequent meetings had been held by DBKL or the developer to address the issues raised during the meeting.

A notice was also sent to DBKL by solicitors representing a group of property owners in Taman Desa, urging the city hall to notify them should approval for the project be granted.

However, the solicitors' letters went unanswered.

A group of 11 property owners subsequently decided to file a judicial review on March 13 this year, after learning that DBKL had granted planning permission for the project...